I was in Std 9 when I first heard Fetish and my recorded cassette tape of their TDK performance on Barney Simon’s show never left my walkman. I moved from Joburg to Cape Town, was going into Matric, and my parents split up for good. It was against this backdrop that I began to fall in love with the band. Michelle Breeze’s lyrics seem to encompass all that I was feeling and her voice captured all those things I couldn’t express. I remember going to every gig of theirs that I could – once, my dad came with me to the dingy Ruby in the Dust in Observatory, where I remember feeling awkward when Michelle got to the part in Shade of a Ghost where she would swear. Ah, teenage angst. 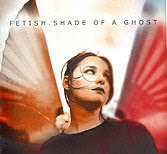 I would cut out every magazine and newspaper clipping that had to do with the band. I remember going to the V&A Waterfront for a meet-and-greet. I also remember waiting anxiously for their latest album to come out. And, there was the little schoolgirl crush I had on the bassist, Jeremy. Once, on the dating show my friend and I were coerced into doing, the guy asked me who my favourite local band was and I, of course, answered Fetish. He Buzzed me out but not because he had bad taste in music, but because he was not the brightest bulb in the pack: when asked who his favourite local band was, he said “U2”. No loss there! 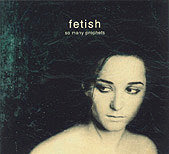 All these things were part of my “fetish for Fetish”. If you had told me then that I would go on to become friends with the individual band members – having coffee with Michelle and her son Connor on London’s South Bank, hanging out with Ross Campbell and his partner Sylvia in Cape Town, tweeting with Jeremy [now married with kids :)], I would have not have believed you. Indeed, above all this, the band gave me one of my best friends – Michelle’s sister Tracy. We met in the bathroom of a Fetish gig in Cape Town, while trying to cross a pee-covered floor. We’ve been friends ever since!

I feel as if I invested so much into that band that I will never really feel that way about any other band again. Perhaps it was my age, or just the time, but I was so heartsore when Fetish broke up around 2001. The band created an album of previously unreleased material called Remains which I hold dear. But they have all moved on. And so have I. 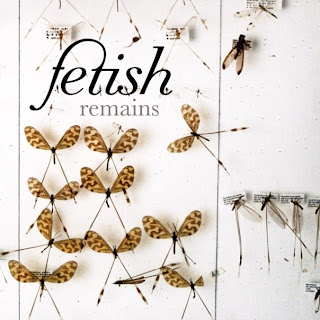 In that spirit comes something exciting and new from Michelle Breeze. She had a project called Darkpop with Christopher Tuck. Now, through working with another top musical talent, Craig Dodds (remember Egyptian Nursery?) Michelle has given us Why Why Peaches. And a song like the one below softens the blow of losing one of my favourite groups…