Being away on a much-needed holiday means I have missed out on a few big things that happened on the SA arts and entertainment scene over the past two weeks. So quick catch-up then:

# Damon Galgut was shortlisted for the Man Booker Prize… 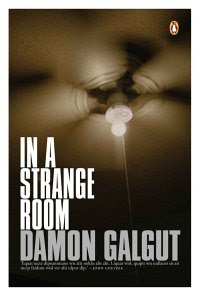 The Pretoria-born, Cape-Town-based author made it to the coveted list of writers up for the Man Booker. He’s been nominated before, for The Good Doctor in 2003 and he’s also won the Commonwealth Writers Prize for Best Book from the Africa region.

The winner will be announced in October and will add Â£50 000 to his/her bank account plus, of course, the prestige of the title.
Book SA reports that poet laureate Andrew Motion leads the panel of five judges.

We’ll be rooting for him!

Award-winning and all-round fantastic performers Freshlyground teamed up with ZA News to bring the spotlight back onto Zimbabwe in this video:

As a result, the group’s visa has been revoked by the Zim government meaning they won’t be performing there next month.

The famed Drum writer, author and intellectual died in Johannesburg last week, after a long illness, at the age of 74. Minister of Arts and Culture Lulu Xingwana paid tribute to him with these words: Prof. Nkosi made major contributions to our literary heritage as a playwright, novelist, and as a fearless social and literary critic…the world has lost a great writer and intellectual. He will be deeply missed though he will continue to live in us through his work.
We convey our sincere condolences to his twin daughters  Louise and Joy, and to his wife, Astrid Stark.

#Life Above All was submitted as SA’s official Oscar entry…

Back in May, I was lucky enough to be in Cannes when this local film received a standing ovation and the Oscar buzz already started developing around it. Well, now it’s been officially submitted by the National Film and Video Foundation and SA’s Oscars Selection Committee (yes, we have one of those) for consideration. If it’s selected, then it will become an Oscar nominee for Best Foreign Film. Following in the footsteps of Yesterday and, of course, Tsotsi, which went on to win the award. Hold thumbs ’til the announcement in February!