Uncategorized
The official answer?
No. Not yet, at least.
There have been rumours and reports that the Irish supergroup are going to bring their 360 Degree tour to South Africa in February next year. According to major concert promoter Big Concerts’ CEO John Langford, this is the real story:

Obviously we’d all like U2 to come here, and Big Concerts has been trying since we last had them here in 1997. But the problem with the 360 Degree tour is that it is incredibly expensive. There are 150 containers that need to be shipped over. At this stage, the rumours are not true, I’m afraid.

That doesn’t mean it’s not going to happen at all though…we’ll be waiting anxiously for the latest update! 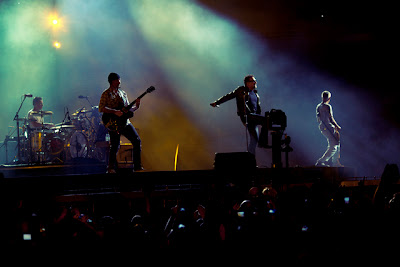