Last night I just came back from my first ever sporting match here in South Africa: Brazil versus Bafana Bafana. What a great night, incredible atmosphere and such pride for our boys who did us proud even though they lost 1-0. But then the Tweets and Facebook status updates started coming through…Michael Jackson was taken to hospital after suffering a cardiac arrest.

As soon as I got home, I switched onto CNN. They were going with him being taken to hospital. But Sky and BBC were saying reports from celeb news site, TMZ, said he was dead.

Could it be true?

Then CNN said he was in a coma – for a brief moment, I thought there might still be hope…

Thriller was released in 1982 – the year I was born. My mother gave me the song as part of a CD compilation for my 21st birthday. He was a part of my music DNA. A younger colleague of mine updated her status saying, “So Michael Jackson died, what’s the big hoo-haa?” Despite all the controversy we’ll never know what truly went on in that child-adult mind of his. Perhaps she doesn’t get it, but I hope many others do. 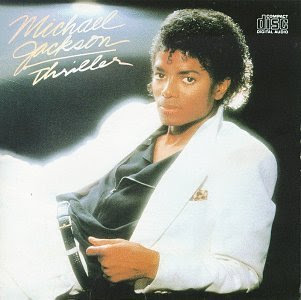