Miss N
And smack bang into the New Year we go! This week’s news on The Scoop…
Acapella group from Invictus hit the big time 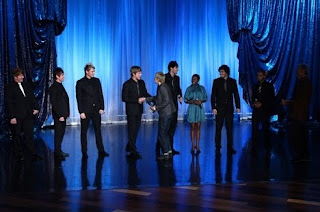 Overtone is the name of the ensemble that caught the eye of Dina Eastwood (aka Mrs Clint). She helped make sure they were featured in the movie and now she manages the group. Can you imagine what contacts this woman has? Nice one! They’re in talks with Josh Groban and the Black Eyed Peas for some sort of collaborations – and have already appeared on the Ellen Show and George Lopez, among other things.
District 9 impresses the Brits
The South African Sci-Fi may not have received any Golden Globe glory but let’s hope things go better in London next month at the Baftas – Britain’s version of the Oscars. The group notched up 7 nominations, including Best Director for Neill Blomkamp. Sharlto Copley, the man who played Wikus van der Merwe says it’s great that the film was nominated in categories across the board because it shows how much of a team effort the film was. 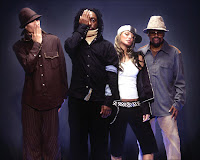 There has been loads of speculation about just who will be at this show, that’s due to take place the night before the first match at Orlando Stadium in Soweto – Black Eyed Peas, Beyonce, Dave Matthews, Soweto Gospel Choir – but we still don’t know for sure. A press con that was scheduled for this week was postponed so we will have to wait until next month to find out for sure.
To Tweet or Not To Tweet…
It seems celebs – like us mere mortals – are still trying to get the hang of Twitter and its various uses. One of the problems is Twitter TMI. Model LeeAnn Liebenberg gave her followers a rant of note this week – asking whether she should give back the ring Danny K had given her when he proposed. Allegations of the singer cheating were made and we just got a whole lot of dirty laundry. Danny and Daddy K (Gavin Koppel) also responded, defending Danny’s character. LeeAnn retracted her statement and now, it seems, is thinking of deleting her account completely. What about just “think before you tweet”? 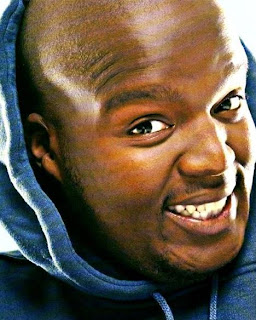 Hip Hop Pantsula is one of the country’s musical gems. He rhymes, he dances, he cares. He’s in the US at the moment, working with a non-profit organisation called BloomBars to help address issues like poverty and education. He’s also there to show off his rapping prowess – after all, he did just collaborate with Nas.

If you feel like staying out partying until 3am tomorrow morning, you’ll be able to join in the telethon to help raise money for the earthquake-torn Carribean nation. George Clooney in LA, Wyclef Jean in New York, and Anderson Cooper in Haiti are coming together to present it. South Africans can see it on CNN and MTV, and I’m told, will also be able to contribute. Songs will also be sold on iTunes – from the likes of Bruce Springsteen, Coldplay, U2 and Shakira – but you’ll need to get a friend overseas to do that seeing as iTunes is still not available in this country.