Mandoza in more trouble and more stars film in SA

Mandoza in another car accident
The story had us sighing with dread – not another Mandoza brush with the law. The kwaito star has been in and out of the headlines for all the wrong reasons over the past few years. But this one is a little more mysterious. Police say they don’t think Mandoza was the one driving, and therefore the one that caused the accident. But it’s still not positive publicity for the singer who has a new album coming out soon. And it’s even worse when the singer’s publicist switches off his phone instead of dealing with the issue head on.

Chicken Licken ropes in Mini Me 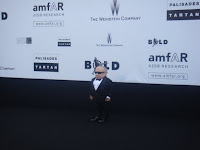 Following in the footsteps of Louis Gossett Junior and Vanilla Ice, Verne Troyer is the lastest celeb to come to SA and film an advert. He and his crew caused quite a stir when they were spotted at the Hyde Park Hotel Bar last night. They were celebrating the wrap of filming on a new commercial for the chicken brand. As a true celebrity of the 21st Century, Vern’s been tweeting about his experiences, including the fact that he “brought an extra bag to bring home some cool stuff like a spear, tribal mask, and elephant poop”. He also kept calling the Michaelangelo hotel where he is staying a “resort” and was very chuffed that it’s one of the official 2010 Fifa World Cup accommodation spots. I saw him in Cannes last year so I know how small he is in real life.

Calling Ben Stiller – Ben Stiller?
I have word that Ben Stiller is in town, scouting out locations in Hillbrow for a new movie he is directing set in Nigeria. Of course, short of driving around the Joburg CBD looking for him, I have yet to see him myself. So if you do spot him, give us a holler! In the meantime, more info about the movie: It’s a comedy called ‘Help Me Spread Goodness’, and is about a Chicago banking man who falls for a Nigerian Internet scam. Apparently it’s not going to be all laughs though, and will shed some light on the troubled political and economic situation in Nigeria that has led to such a prolific scamming industry. Wonder if Ben’s had experience in being sent these I-Want-To-Transfer-a-Gazillion-Dollars-into-Your-Account-emails too?

A talk show icon is in town
Sir Michael Parkinson is making a documentary about Sport Relief – a BBC Sport and Comic Relief campaign that helps raise funds for various African charities, including one called Leth’ithemba in Katlehong that helps people living with HIV/Aids. He’s filming a doccie about the campaign, which will be shown on BBC Entertainment next month, which is when a race will be taking place in Cape Town to help raise awareness about the whole event. “Parky” really is a lovely guy. Even with a cold, he was so nice to everyone here at Primedia Broadcasting when he was interviewed on Jenny Chrwys-Williams’ show. Told me he prefers being the interviewee to being the interviewer. 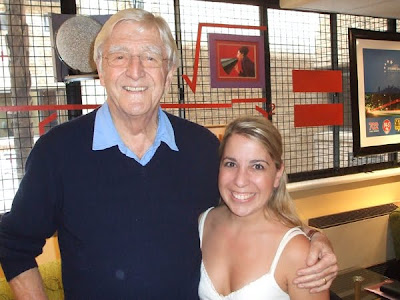 Me and my really big grin – you can tell how much I like the star I am posing with by the size of my smile ;)