Oscars nods and the final chapter for MJ?

“And the Nominees are..”

The big news this week was, of course, the announcing of the Oscar nominations. The beautiful Anne Hathaway announced the ten movies up for Best Picture, and much to our delight, District 9 is up there. Naturally so is the biggest-selling-movie-of-all-time, Avatar. This is the first year since 1944 that so many nominees made the category – 10. So the list looks like this: 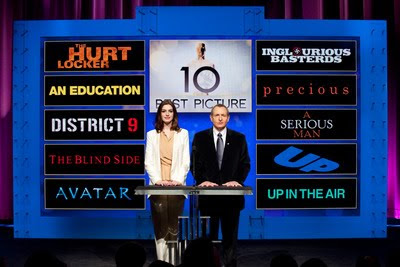 To recap then, District 9 has four nominations, including Best Adapted Screenplay for Neill Blomkamp and partner Terri Tatchell. Invictus only got two, and they didn’t include Best Picture – something Best Actor nominee Morgan Freeman is not too happy about. It had me thinking this week about whether or not we, as South Africans, are too emotionally attached to the film or not. Did it honestly deserve a Best Picture nomination? And should Clint Eastwood have been given a Best Directing nod? All in all, it seems the film hasn’t been as well received in America as we perhaps would have liked it to have been…
More top SA talent being recognised 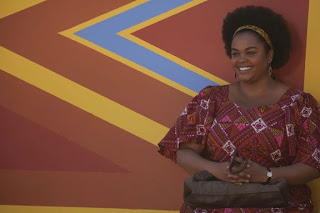 You may not know her name but you know her
gorgeous costume designs on The Number One Ladies Detective Agency. Jo Katsaras has been nominated by her peers in the Outstanding Costume Designs for a Contemporary Television Series in the Costume Designers Guild Awards. She’s an Emmy-nominated designer and this is just another thumbs-up for her creativity. She’s up against the likes of Patricia Field (who made Sex and the City a fashion bible) for her costumes on Ugly Betty and the designers from Big Love, Dancing with the Stars and Glee. The awards will be handed out on February 25th.

Michael Jackon’s alleged killer to hand himself over?

This story just keeps dragging on. Hot on the heels of the DVD release of “Michael Jackson: This Is It”, Doctor Conrad was meant to have appeared in court today to answer to manslaughter charges for allegedly giving MJ too much propofol (which he shouldn’t have been giving him in the first place). He was meant to appear in an LA court today but as TMZ reports, the L.A. County D.A. and the LAPD have been fighting over the whole deal. So, still we wait for the final chapter of MJ’s life to play out.
Spud gets a spuddie
So we know John Cleese was attached to the Spud movie, but this week he signed on the dotted line and made it all official. And we got to find out that young Troye Sivan – who was born in Joburg but lives in Australia – will play the young Spud. He was also in the X-Men Origins: Wolverine movie, directed by another of our beloved SA talents, Gavin Hood. Filming is due to begin in the next few months, so watch this space.
A fellow Aquarian celebrates his birthday in SA… 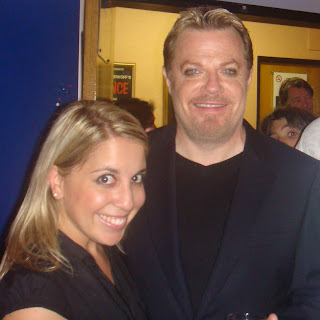 Two-time Grammy-winning Soweto Gospel Choir sang Happy Birthday to comedian extrodinaire Eddie Izzard at his show in Joburg on Wednesday…his actual birthday is Sunday. Wish him on Twitter @EddieIzzard
The Scoop – all the top entertainment stories with a local twist – airs every Friday after 4pm with Richard Hardiman on 94.5 Kfm.