Despite what some local artists would have you believe, there are some incredible activities taking place in the arts and culture sphere, ahead of the Soccer World Cup. Activities where skills are being developed and shared, and something tangible is being created out of the excitement many of us feel ahead of the big event itself. Earlier today I visited the Wits School of the Arts to see one of the projects we can look forward to. 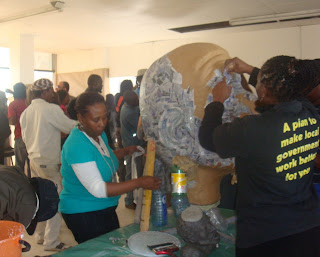 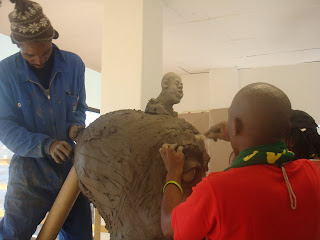 It’s called The Giant Match, and – as it’s creators say – it is a partnership between various people, making sure that artists are also benefiting from all the attention created by the World Cup.

Imagine this: 32 four-metre high puppets in a South African version of Romeo and Juliet – culminating in an epic and comic football match, before the two families are reconciled and the couple happily wed. When I saw two of the puppets, I was amazed. It’s incredible to watch artists maneuvering them, and using them to act out a story. 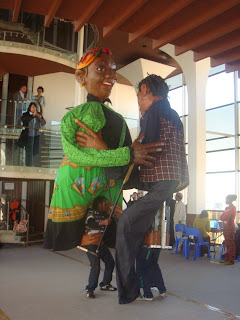 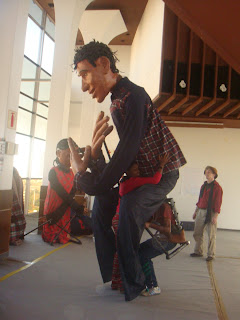 The creation of these puppets and the show involves over a hundred South African actors, dancers, puppeteers, visual artists and craftsmen from various communities. It’s based on a collaboration between French company Les Grandes Personnes and the Gauteng-based colleactive SA G.U.RU. The French-SA collab has now gone a step further – and the best thing is that the skills created out of this will be part of the World Cup’s lasting legacy for South Africa.

You’ll be able to see The Giant Match throughout Gauteng during June and July.