Picture it: an old ice rink just waiting to come back to life, 2 stages facing each other, and a DJ box in the middle of the room with one of the country’s finest perched on it. And you have the setting for the Redbull Soundclash – The Dirty Skirts vs Tumi and the Volume. I loved the idea behind the event – taking two hot bands and give them the chance to show just what they can do.

This was no ordinary “battle of the bands”, but a true show of musical prowess combined with the ability to charm and win over fans from two of the hottest bands in the country. During each round the bands had to gain support for their efforts – the louder the applause, the higher the number on the metre placed up on the ceiling. First off, both bands performed 3 of their own songs. 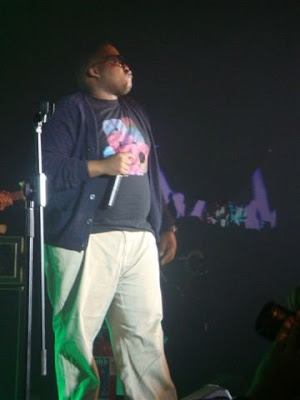 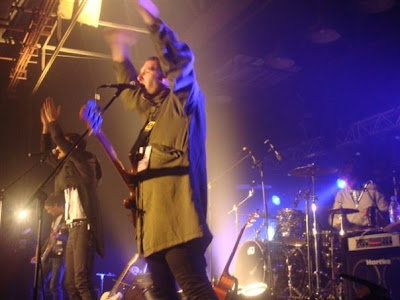 The Skirts
Round 2 was hilarious – both bands had to cover the Spice Girls’ Wannabe, as chosen by the superstar DJ that is Kenzhero. Both totally changed the song around and made it – for a few minutes – acceptable to like the Spice Girls. In the last round they had to bring out a secret weapon… 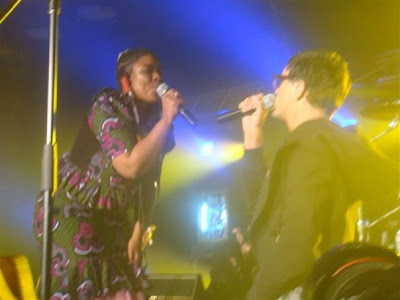 Thandiswa helps out the Dirty Skirts 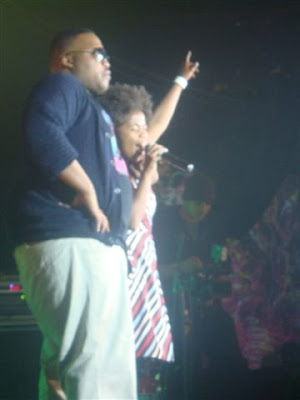 In the end The Dirty Skirts won, but it was a tight competition and both bands absolutely shone up on stage and made it a night to remember. 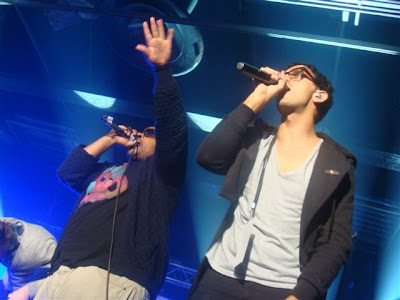 It made me want to see another one of these nights again. How about 340ml versus aKing? Or Taxi Violence versus Kwani Experience?