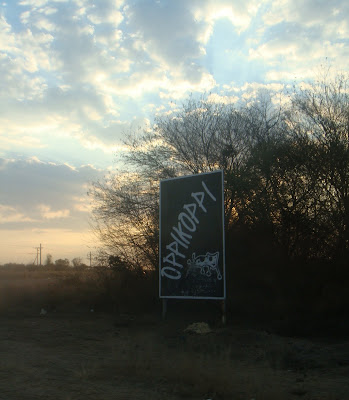 It comes but once a year – well, for those who can only handle it once a year, it does. The annual Oppikoppi music festival, and it turned 15 this year.
I can clearly remember being a 15 year old teenager and desperately wanting to go to Oppikoppi. I was a huge Fetish fan (still am) and one year the band was part of an online broadcast that was being streamed out of Northam. I didn’t have the internet at home so I found an internet cafe to make-pretend I was in my own little stretch of Northam for one afternoon.
Now that I get to go whenever I want, I try not to take it for granted. To have all these great bands together in one space for one weekend is still as marvelous now, as the allure of it was back then.
So, highlights from this year’s fest?
Friday night was very festive – what with the new Jose Cuervo Black doing the rounds. It tastes a little like chocolate so it was going down very well ;) I had been invited to the launch of the new tequila which took place right on the koppie – with one of the best views of Oppikoppi, overlooking the bands and fans below. Aking’s Laudo Liebenberg performed on the intimate Cuervo stage, which was only accessible to VIPs ;) Met and chatted to former Idols’ contestants Pixie and Graeme. Discovered that Pixie has almost as much energy as me! Violin player extraodinaire Brendan Jury was also enjoying the party as well as the guys from Bed on Bricks. It was good to see a friend from Cape Town days, Agony Barman Dave – otherwise known as comedian Dave Levinsohn – who introduced the new drink to us. 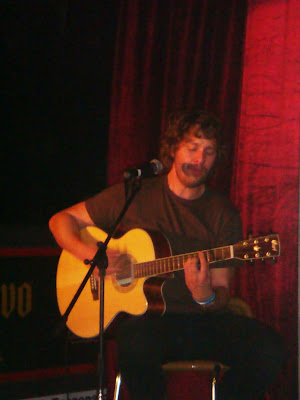 In between the goings on atop the ‘koppi, the great vibes of The Sick Leaves and Bed on Bricks could be heard filling the Most Amazing Mainstage. Voodoo Child had warmed the stage up earlier in the evening – they are sounding tighter than I have ever heard them.

The weather on Friday night was surprisingly warm and that made Saturday such a lovely day too. Surprise find of the day: Melissa McClleland and Luke Doucet. Although there were only a handful of people at the start of their set on the Levi’s Original Bushveld stage, word soon spread and a big crowd had gathered, hanging onto their melodic voices. They’re performing in Jozi this weekend so I am keen to see them perform again. Doucet recently toured with James Blunt and McClleland worked with Sarah Mchlachlan but they really are artists in their own right. 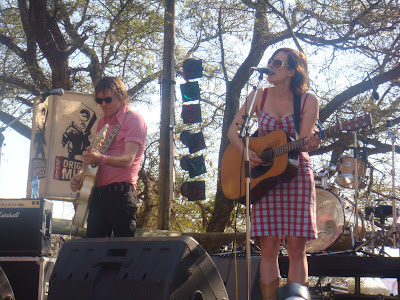 Husband-wife duo Luke and Melissa
Van Coke Cartel and Gerald Clark were perfectly placed to play the Saturday afternoon set unplugged on the Levi’s stage. Francois van Coke cleans up quite well! He has cut his hair and was wearing a suit. Also enjoyed Isochronous on the Main Stage and of course Koos Kombuis, then later on in the evening Karen Zoid. I hadn’t seen the fiesty songstress perform for some time so I really enjoyed her set – wedding veil and all! 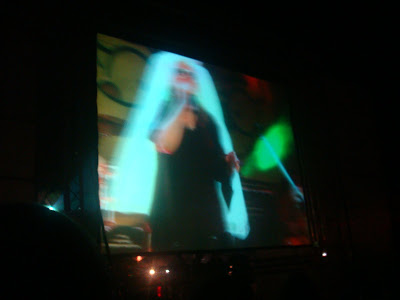 I missed the Sunday Women’s Day lineup, because I had to get back for a wedding. But I hear Die Antwood, featuring ol’ Waddy Jones, was the real crowd-pleaser of the day. Wonder if this latest incarnation by Mr Jones will last until next year’s Oppikoppi? Hope so…