Miss N
Oppikoppi 2010.
The festival – often referred to as South Africa’s Glastonbury – turned sweet sixteen this year. I wasn’t able to be there for the whole 3 days, but a year wouldn’t be complete without a trip to the Northam farm, even if only for a day and night. And what a night it turned out to be…but more about that later. This year’s fest sold out, for the first time in it’s teenage history. As Carel Hoffman said: “It’s amazing to think that we started this thing in the trenches and now look where we are.”
Saturday night really got going with Radio Kalahari Orkes on the James Philips Mane Stage. They make boeremusiek very, very cool. Add a touch of Jack Parow and it all becomes even more so. Valiant Swart, the man whom this year’s fest paid tribute to, joined them on stage for a song too, and it was a slice of Oppikoppi music heaven. I loved how everyone sang along to the infectious chorus of Blaas Jou Vuvuzela. 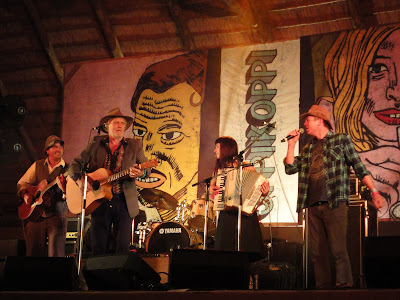 Saturday night was also perhaps the festival’s most “commercial / radio friendly” night, with Flash Republic, Prime Circle and Gang of Instrumentals all performing. Nothing wrong with that though. Flash made its debut at the fest, performing in the dust for the first time. But Tamara Dey – no stranger to the bushveld party – still brought along her trusty stage accessory: a fan. 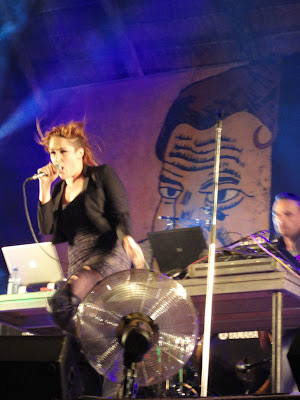 Prime Circle started their set with a little bit of an Indian influence – no doubt picked up on their recent tour of the country – and the group also played some new songs, sounding as tight as ever. 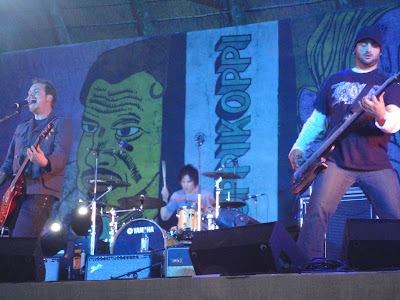 Popping over to the Levi’s Bushveld Originals Stage, I took in some Voodoo Child and then the infectious sounds of Gang of Instrumentals. Voodoo Child have come a long way from being a cover band and are sounding really good together. GI have a new backing band, made up of various musicians, as their previous band, New Academics, had conflicting schedules with the group. I always love hearing My Number One from them, even if it doesn’t quite sound as good live as it does recorded. 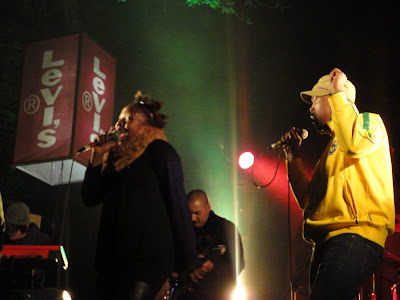 Earlier Dutch singer-songwriter Lucky Fonz III performed in a setting perfect for his Afrikaans-sounding folk lyrics. There were snippets of other artists I caught here and there, but I must say, one of the highlights had to be The Narrow making a welcomed return to the South African stage. Lead singer Hanu de Jong has been living in New Zealand for about four years. It was awesome to hear Lonely, Lonely and The Banded again. Plus new music that the group has created, which they’ll be performing at a few shows in SA before Hanu is off again. 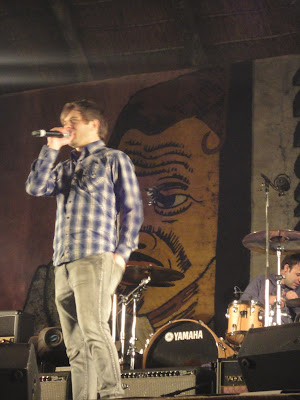 Sure, there were loads of other artists I really wanted to see – Tumi dropping rhymes in his trademark way, Canadian rockers Billy Talent, the “zef-coolness” of Jack Parow and of course the Valiant Swart tribute show. Thank goodness for Oppikoppi’s streaming live feature and more gigs in Joburg!