Miss N
SAMA City is what Sun City becomes every year, round about this time, when the music industry descends upon the holiday resort. As The Star’s music journalist Therese Owen puts it, the various hotels have begun to correlate with areas in Joburg – ‘The Palace’ is Sandton, ‘The Main Hotel’, Melville and ‘Cabanas’, Soweto.
For the past couple of years, there have been two events; Friday night usually ends up playing Ugly Stepsister to Saturday night’s Cinderella. And so it was with this past weekend. Friday night felt like one was watching a dress rehearsal that should have been practised a few more times before curtaincall.
You’ll know the winners – from listening to EWN ;) or reading them here.

So, then, highlights and not-so-highlights, from someone who has “been there and done that”:

5. The SAMAs stepping it up a bit – live webcast, nice goodie bags, attention to the TV show (the organisers brought in top notch director Julia Knowles).

4. The musical director Jon Savage’s choice of collaborations: the performance between Tumi and Thandiswa, the Parlotones and Louise Carver, and the gospel collab with The Plain Truth. Oh, and Kwela Tebza lighting themselves up as they played their pennywhistles!

3. The stage set-up – it looked fantastic, especially when HHP’s Mpitse being brought to life on it.
2. District 9’s Wikus van der Merwe making a cameo guest presenting appearance – and roping in “onse Charlize”. Sharlto Copley’s girlfriend told me it was set up and Charlize was in on the whole thing.

1. Tumi on stage with Zaki Ibrahim, Yesterday’s Pupil and MXO at the Dungeon (which I was told afterwards was the bottom of the pool at the Valley of the Waves). It was by far the best party to be at – especially when DJ Kenzhero took to the one’s and two’s. Also honorable mention for top performance must also go to Selaelo Selota at the Palace, who kept us entertained with his onstage antics. 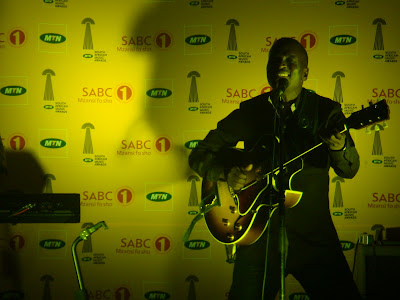 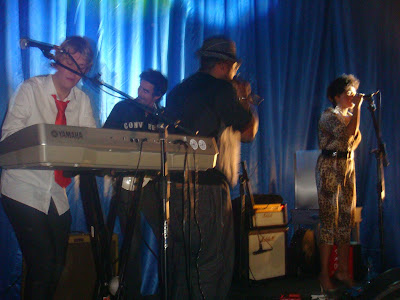 Lowlights:
5. Not having a seat because Row I did not exist, and being moved around 3 times as the show was starting. As a judge, this was not so great – as a journalist, it was just plain ridiculous.
4. The tacky-looking show on Friday night and the shameless self-promotion of a certain tabloid magazine onstage, while handing out awards.

3. Rent-a-crowd in the cheap seats upstairs booing when Lifetime Achievement reciepients Carike Keuzenkamp and Jabu Khanyile’s wife tried to make their speeches.
2. The stampede by the North West masses as they all tried to get to the afterparty – during which a friend’s phone was jacked.
1. It felt to me like one big popularity contest – a lot of the awards went to the most popular artists of the day, and not necessarily because of the musical strength of the album/song in question. 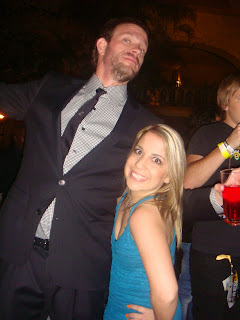 Best Afrikaans Alternative Album winner Die Heuwels Fantasties’ frontman Pierre – who is much taller without his beanie (and in general!) 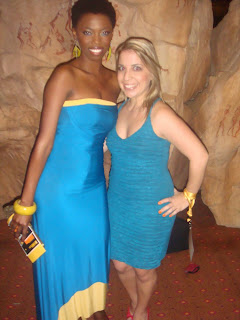 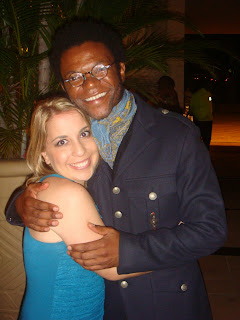