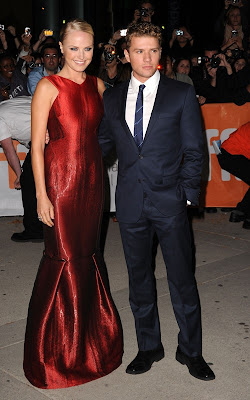 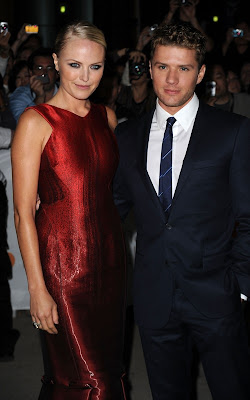 How gorgeous do Malin Ackerman and Ryan Phillipe look at the premiere of The Bang Bang Club at the Toronto International Film Festival?

Last night there was a gala screening of the film – it was one of only 15 movies to be selected for gala screenings at the fest – which was also the world premiere. Much more fanfare than the low-key screenings that happened at Cannes earlier this year. So far, the film’s reception has been good, but a Reuters’ critic felt it “lacked grit”. I got an sms from Jesse Clegg at around 5am to tell me he thought I deserved an Oscar for my cameo- too sweet! Haha! But he said he was very impressed with the film and really enjoyed it.
Two other South African films – State of Violence and Life, Above All (which is South Africa’s official submission to the Academy Award board in the Best Foreign Film category) are also shining the spotlight on the country at the festival.