Cannes is starting to wind down, but I am going to squeeze every last bit out of it! Still films to see, parties to go to and one more Red Carpet to rock! The closing ceremony on Sunday – where the Palme d’Or winner will be announced – is always a highlight. Thanks to Hip Hop I felt fabulous on the carpet last night, for the premiere of Fair Game with Sean Penn and Naomi Watts. Sean wasn’t there because he’s in Washington to speak on the relief efforts in Haiti, and he was sorely missed. I love seeing him in Cannes because he really is one of my fave actors. 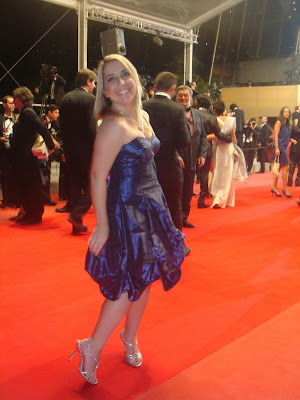 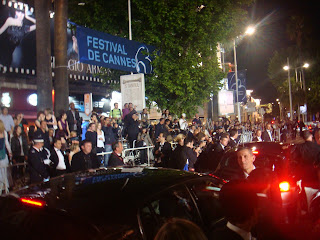 This is the craziness at the bottom of the Carpet
This seems to be Naomi Watts’ year because she has another film in Cannes. Woody Allen’s You Will Meet A Tall Dark Stranger. A friend told me last night he remembered seeing all these posters of her around Cannes and perhaps that seeped into people’s minds and she was cast for all these films…hmm, maybe that is the secret to becoming the next big thing at Cannes. Get the prep done the year before! 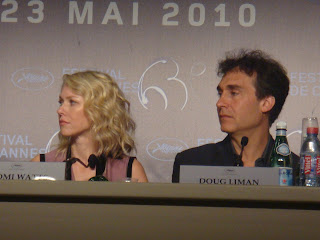 With director Doug Liman at the press con for Fair Game 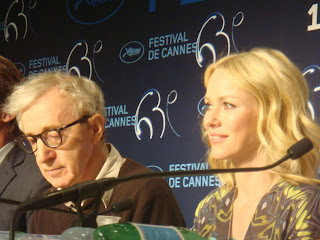 With director Woody Allen at You Will Meet A…