Miss N
In my quest to find Orlando Bloom in South Africa, I discovered some very interesting info about this Hollywood hearthrob, who is engaged to the gorgeous Miranda Kerr. 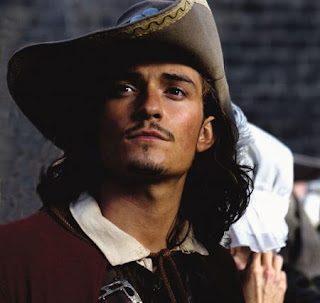 Up until he was 13 years old, Orlando believed his dad was South African anti-Apartheid activist, Harry Bloom. He died when Orlando was just four years old, and almost a decade later, Orlando found out the truth. Various internet sites contribute to the story – and it goes like this:

– as a teenager, Bloom discovered his father was in fact a family friend named Colin Stone because Harry was unable to father children
– Harry was an advoacate who studied at Wits and he became a novelist, penning the famous work Episode In The Transvaal, which was banned by the apartheid government for being a “danger to the safety of the state”
– he worked with Nelson Mandela in Johannesburg in the 1950’s, and during the state of emergency that followed the Sharpville massacre in 1960, Harry was detained for ninety days, wthout charges or going on trial.
– Harry also wrote the play for the musical King Kong: An African Jazz Opera
– In the 1960’s Bloom went into exile in England. He left behind his wife, Beryl and two children.
– He got married for a second time to Orlando’s mother Sonia.
– Nine years after Harry’s death, Sonia revealed to her children that their biological father had been family friend Colin Stone.
– apparently, in interviews, Orlando refers to both men as his father

I’d love to find out more about all this. Harry was such a important figure in our country’s history: did this have any impact on Orlando himself? Does he feel a close link to South Africa as a result? Or has it not played a part in his life at all?