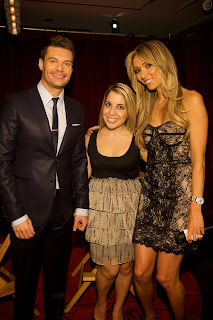 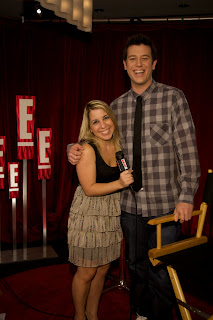 I feel like I had my own mini-photoshoot with some of the E! Entertainment Channel’s biggest names when I went to their offices on Wilshire Boulevard. It made me wonder if they have a specific height policy because I felt incredible small next to them. Even Ryan Seacrest! I couldn’t get over how tall Giuliana Rancic is. And thin!  Although I knew she would be because I follow her “diet secrets” on Twitter…Fashion Police‘s Jay Manuel is also tall and was impeccable dressed (as one would expect!) while Kendra is just as wacky as she comes across on TV, except she’s toned down just a little notch since the birth of her baby boy. E!’s resident film guru Ben Lyons is such a sweetie – and was full of praise for South Africa ahead of the World Cup. He asked me for tickets because he said Sal Masekela (his fellow E! colleague and Hugh’s son) hadn’t hooked him up yet! 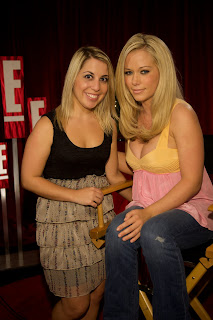 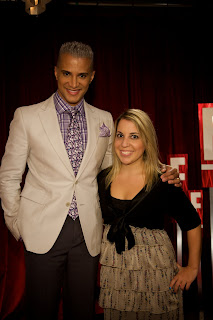 They’re all involved in the Red Carpet and Oscar Countdown programmes that will air just before the ceremony. E! do a fantastic job of covering the carpet like no other. They have 17 cameras, including the fabulous “Glam Cam”, which Jays says has had people queuing up to get their 360-degree picture taken. Kendra, who admits she doesn’t know much about fashion, will be adding her two cents worth to the designs chosen by the stars beforehand.

It was great to get some insider info about how Ryan and Giuliana work their magic on the carpet – Ryan jokes that he has a good relationship with the driving companies that bring the stars and he makes sure they are a little liquored up before they walk out (haha!), while G says they don’t try too hard, by being too prepared that they miss the golden moments of natural interaction as they happen. They both agree that George Clooney and “Sandy” Bullock are the most fun to talk to – Giuliana says at an afterparty the year that George won his award, she asked him if she could hold it and he replied, ‘sure thing, and when you’re done you can hold my award too!”