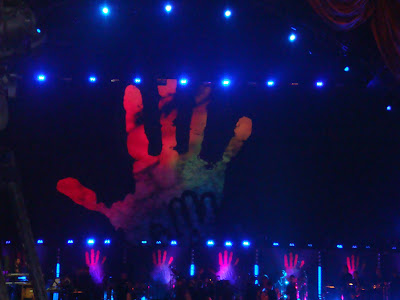 The NY Times had picked it as the gig of the week even before the show took place, and it certainly lived up to the hype. What a show! It was filled with so many highlights and goosebump-inducing moments. From Dave Stewart collaborating with France’s First Lady Carla Bruni-Sarkozy to Baaba Maal and Chris Chameleon’s version of ‘With My Own Two Hands’. Morgan Freeman, too, said a few words about playing the role of Mandela in the upcoming movie, ‘Invictus’. Madiba himself also sent a little message through and Barack Obama paid a warm, heartfelt tribute to the former SA president too.

I truly felt proud to be South African as Soweto Gospel Choir enhanced the performances of almost every artist on that stage. Freshlyground, Jesse Clegg, Loyiso, Sipho Mabuse, Yvonne Chaka Chaka and Vusi Mahlasela were brilliant on stage. Literally every single performance fitted right in and added its own shine to the show. Josh Groban and Italy’s Zucchero too, brought tears to eyes of those around me. For me, that moment came with the Maal/Chameleon duet and the images on screen of people’s hands opened out. The last image was Madiba, smiling broadly, with his palms turned out.

Aretha Franklin, Alicia Keys, Angelique Kidjo, Queen Latifah and Cyndi Lauper brought their pizzazz too. But Mister Stevie Wonder brought the house down. It was only natural that he sing ‘Happy Birthday’ and the entire ensemble joined him for that. Absolutely amazing!

As I was leaving the afterparty, I saw him walk inside the hotel through the garage. I said to the person who was walking with him to please tell him that a South African fan wanted to say thank you for a great show. Stevie put his hand out right in front of me to shake mine and said thank you to me. It was a moment that no camera could ever have captured. 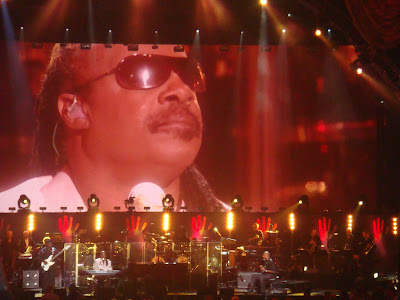 A special thanks to the US Embassy for helping me to be in the United States to cover two of the biggest stories of the year.