The  Fifa World Cup Kickoff Celebration Concert will go down as one of the best shows I have ever been to. Mostly because the vibe was just indescribable – with an undercurrent of goodness and positivity vaulting through Orlando Stadium.
Before the highlights, some behind the scenes. The day before I went to interview some of the artists (and heard Alicia Keys soundchecking ‘Empire State of Mind – just glorious!)
Here the artists took to the “red carpet” that had been laid out on the pitch of Soccer City, where the opening match would take place on Friday, to ceremoniously kick a ball. 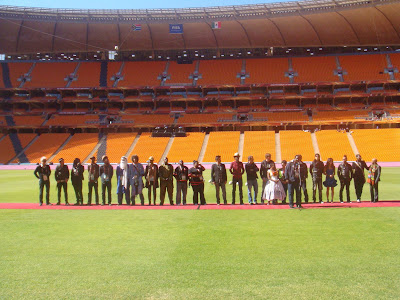 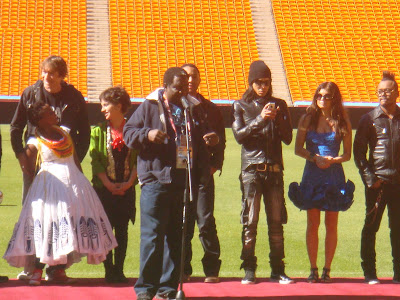 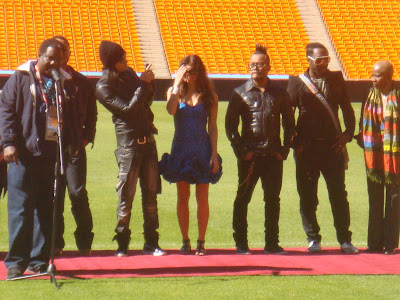 He wasn’t on the bill for the Kickoff Concert, but John Travolta flying into South Africa was another highlight of this past week. He’s here to support the Australian team – the Qantas Socceroos. Why, you ask? Because he has been involved in the company for some years now, since having bought a 707 from them. It’s this 707 that he flew into Lanseria on Thursday morning. 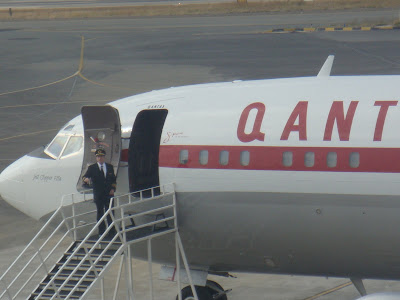 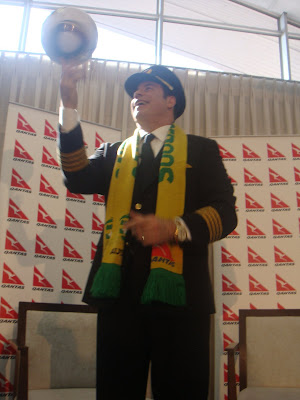