Miss N
Being on an aeroplane, with no cellphone and no internet access, does much to help a girl catch up on her blogging. Iâ€™m used to travelling on my own so this flight feels a little like a school trip â€“ only weâ€™re grown up and there are no teachers to keep order (okay, maybe the flight attendants count). Iâ€™m with a group of ten of  South Africa’s celebs and their competition winners on the 1Time flight to . It’s for the Tropika Island of Treasure reality show that’s going to air on etv from Sunday the 18th of October. The plane is mostly full of those involved in the event, but there are quite a few couples too and some families. I didnâ€™t realize how many people go on holiday during the week â€“ and to a place like . Dont they work?? Haha!

Trevor Noah â€“ comedian extrodinaire. In a short space of time, this guy has fast become one of the countryâ€™s funniest men.

Lira â€“ the songstress who can do no wrong. Such a lovely lady. Sheâ€™s no stranger to islands, having just recently run off to get married in . (Note to self: Must ask her for tips about attending a wedding in so I can be prepared for my cousinâ€™s one next month).

Loyiso â€“ my main man. Have been overseas with him before â€“ in and so itâ€™s become somewhat normal to see him outside of SA!

Kelly Khumalo â€“ have not actually ever met this kwaito singer, Arthur Mafokate prodige. Sheâ€™s looking somewhat “tame” from the pictures I usually see of her.

Bianca Le Grange â€“ looking good with her new hair colour (well, itâ€™s new for me to see). Gone from a blonde to a light red-head.

Sashi Naidoo â€“ pretty lass who has been to 5 times, she tells me.

Speedy â€“ no towel, hahah!No, wait, I spoke too soon. There’s definately a towel still draped on his shoulder!

Hendrik Cronje â€“ stepped in at the last minute for Roland Schoeman. I donâ€™t mind at all, heâ€™s still quite cute and seems sweeter than the swimmer, who once asked me if I am really this short. (Um, no, itâ€™s an optical illusion?!)
Tasha Baxter â€“ a honey pie with a honey voice. I can still remember when she started singing back in the day in Cape Town, catching a concert where she performed with Penelope Tree and also used to sing at the Homebrew events at the

Tasha’s been through a rough year – what with having her car stolen, along with all the laptop that housed all the new music she was working on. Perhaps she does need it more than the other celebs? Or maybe one of the competition winners needs it more? 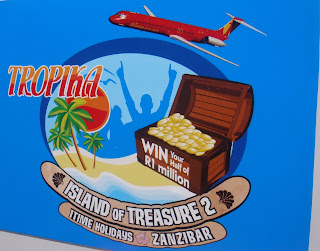