So it’s been crazy as usual…surviving on less than four hours of sleep a night and N’Espresso to keep me going. Ah, but as we say here, sleep when you’re dead…or at least on the plane home!

Mick Jagger popped into town yesterday to premiere a doccie about his band, you might have heard of them – the Rolling Stones? ;) In the film, called Stones in Exile he is super skinny and young. The movie tells the story of the recording of Exile on Main Street, one of the Stones’ most memorable albums. The album was recorded in Keith Richards’ rented villa just down the road here, in the South of France, in 1972. What I really liked about the film, is that it uses interviews with the band members and those involved in putting the album together, but you don’t see their faces. What you do see is old footage and photographs from that time, so that each of the songs recorded come to life and gain fresh insight. 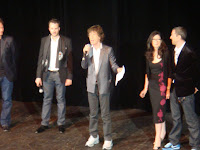 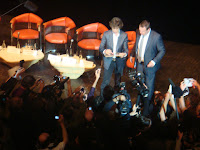 From one rockstar to another…well, sort of. Javier Bardem kind of is the rock star of films, taking on dark and brooding roles. He and the beautiful Penelope Cruz walked the Red Carpet for the premiere of Biutiful, the latest feature film by Mexican director Alejandro GonzÃ¡lez InÃ¡rritu. 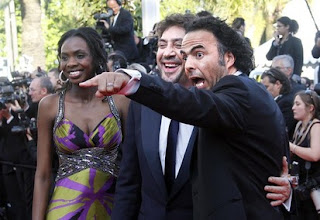 Cannes really is like a candy shop of films – there is so much variety on offer, you can just pick and choose which ones to see. The Marche (market) part of the festival offers a whole lot of films for interested buyers (or press members) to go and see, including South African film Mad Cow and Red Wolf’s A Proper Violence.
Two fabulous friends I made in Cannes last year are working with this film and it’s director here in Cannes. It’s a gritty look at retribution and trying to right a wrong with another wrong. The film’s tagline is “Have You Talked About It” and that’s exactly what you end up doing: talking about the motives for committing murder or exacting revenge, and what happens if it should all go wrong. That’s another part of the festival, the conversations that come after the films. 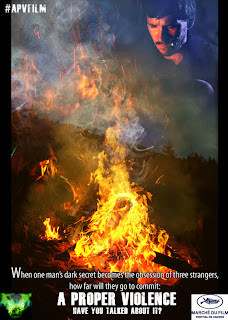 I feel so lucky to be able to go to the press conferences and do interviews with the cast and/or directors because they give such great insight into what goes on in the minds of the creative people working on the films. And that just takes the conversations to another level.