I thought I would somehow leave Michael Jackson behind when I left Los Angeles. Not sure why I thought this, but I was soooo wrong. I went to get something to eat just after arriving in the City. Stepped into the pizza place, and what are they playing? The Girl Is Mine…followed shortly by Thriller. Walk out of the place and slap bang into a street vendor trying to sell me a t-shirt. 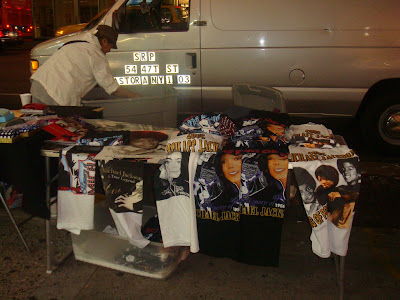 The next day, I had a guy try sell me copied CDs of MJ’s music for 5 dollars a piece. I didn’t buy them in LA, so I ain’t going to be buying them in NYC! 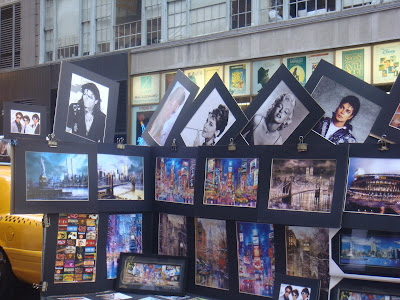 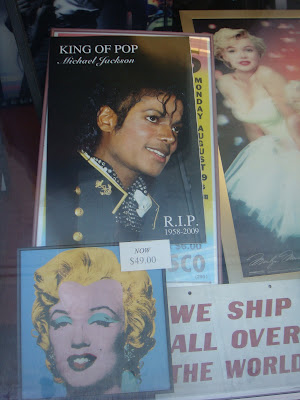 I am really looking forward to Mandela Day. It’s a global call to action by the Nelson Mandela Foundation and the 46664 campaign to encourage people across the world to follow the example set by Madiba to give of their time to others. The idea is that he gave up 67 years of his life for the struggle, so people should dedicated 67 minutes of their service to others. And this all takes place on Madiba’s birthday, the 18th of July. New York is spearheading the movement and on that day a star-studded concert is taking place at Radio City Music Hall, featuring Alicia Keys, Queen Latifah, Aretha Franklin, T-Pain, Wyclef Jean and a whole host of South African performers too. It’s going to be fantastic! 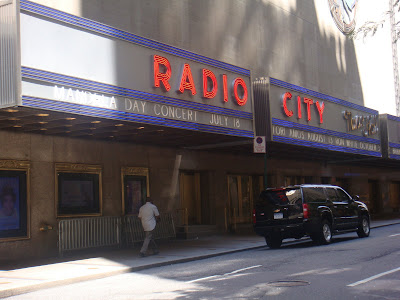 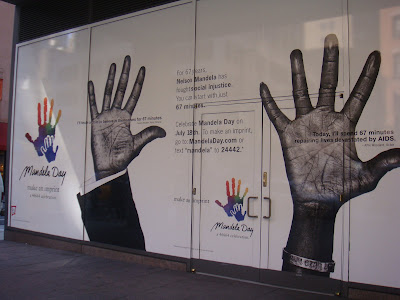