I’d only been in Los Angeles for a few moments when already scandalous news started to surface. It involved a nasty email that one of the producers involved in an Oscar-nominated film – The Hurt Locker – was alleged to have written. Then it emerged that because of that, French producer Nicholas Chartier, was un-invited from the Oscars. Oh, how dreadful! Imagine all those weeks of work put into deciding what you’re going to wear – okay, so maybe hours because he is a man, wait, make that minutes then! Still, to have your invite revoked can’t be good. The Academy of Motion Picture Arts and Sciences does not take kindly to any kind of interference in the judging process. Chartier apparently wrote the email and sent it to some people who happened to be Oscar voters. In it, he urges support for his movie in the Best Picture category over “the 500 million dollar film” – an obvious reference to Avatar.

So, once I’d hired the car and trusty GPS, I headed over to Hollywood and Highland where the Oscar headquarters are. Even though it was quite late in the day, I just wanted to get a quick glimpse into the mood there, from Tuesday afternoon. Amid the building and constructing were the usual tourists who visit the Kodak Theatre and its surrounds -Graumann’s Chinese Theatre and the Hollywood and Highland shopping centre. Some were oblivious as to what was going on, while others were eagerly snapping pics of the gold statuette, waiting to be unveiled on the night. 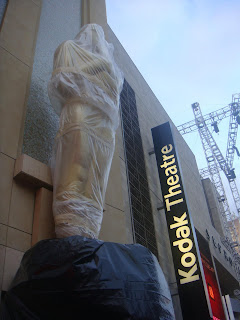 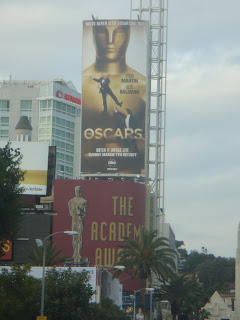 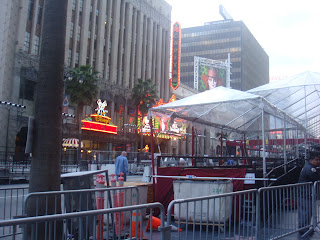 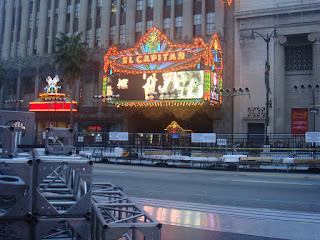