“I come to Golden Globes weekend and I am conflicted how to have my happy movie self in the face of everything I’m aware of in the real world, and that’s when I have my mother’s voice coming to me: Partners in Health, shoot some money to Partners In Health, put the dress on, put on a smile and be damn grateful you have the dollars to help.” 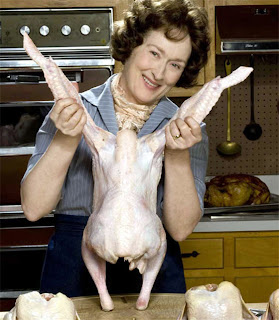 Trust the lovely and eloquent Meryl Streep to sum up the dichotomy of having a glitzy awards ceremony in the midst of a neighbouring nation in crisis. Nonetheless, as they say in the biz, “the show must go on.” And so, the 2010 Awards season has officially kicked off with the Golden Globes. As my fellow radio colleague Alan Silverman who’s based in LA likes to say – don’t take them too seriously, it’s just a bunch of journalists making up the Hollywood Foreign Press who decide their favourites, and they are not always indicative of the Oscars.

I should hope so. I am holding out for one of our “SA-related” films to pick up a statue or two at this year’s Academy Awards. The nominations are only out on the 2nd of February, but a girl can hope. We need to take the buzz to the next level. Losing out on the Golden Globes should not dash the hopes for Oscar glory, though it is going to be tough.

In case you missed the 3am live broadcast or the repeat on MNet, there’s a list of winners here and here and also here ;)

As you can see, South Africa’s Neill Blomkamp lost out on winning Best Screenplay (together with partner Terri Tatchell) to ‘Up in the Air’, and the Invictus stars were nudged out by the likes of Christoph Waltz (Best Supporting Actor), Jeff Bridges (Best Actor), and James Cameron (Best Director). Waltz was absolutely superb in ‘Inglorious Basterds’ and talk of his winning awards was already being touted around at the Cannes Film Festival last year, where the film debuted. Incidentally, he also won Best Performance by an Actor at the end of the fest too.