He may be the richest man in New York and mayor of the city, but Michael Bloomberg did his part to bring the spirit of Mandela Day to life. Bloomberg joined dozens of people who were packing parcels of apples for the underprivileged. He even picked up a drum and started playing with the guys from The Drum Cafe – nice one! 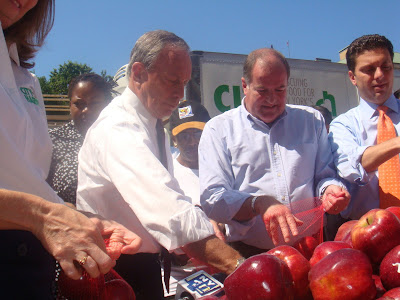 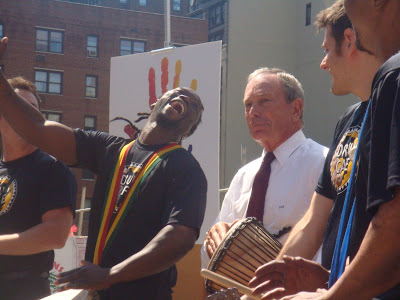 Mandela Day really seems to be gathering momentum. There are volunteers all over the city, recruiting more volunteers and talking to people about the idea. I’ve been approached by a number of them, handing out flyers and asking me to sign up.

Also chatted to Vusi Mahlasela about his performing in the first ever Mandela Day concert. He was on the bill for last year’s concert at Hyde Park in honour of Madiba’s 90th birthday and he is collaborating again with Josh Groban. The way they do ‘Weeping’ is just beautiful. Many of the SA musicians are starting to arrive in New York now, getting settled in the city that never sleeps, ahead of the big concert on Saturday. I hear Gloria Gaynor has also arrived in town for the show – really want to speak to the woman who gave us ‘I Will Survive’. I am sure she has much to say about a man who really did survive a lot. 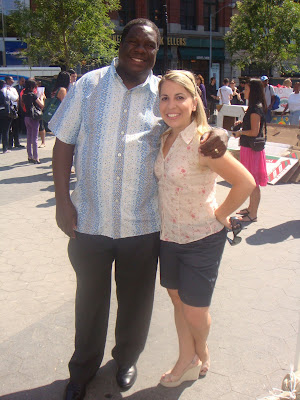