I finally got to LA and once I’d hired a car and got a crash course in driving on the “wrong” side of the road, I went out in search of the Jackson family home in Encino.

It wasn’t that hard to find but the street was blocked off to cars other than ones being driven by people living there. There were a few policemen standing in front of the house and they had put up railings on both sides to keep the tributes contained and to prevent the people from standing in the driveway of the Jackson house and other houses. 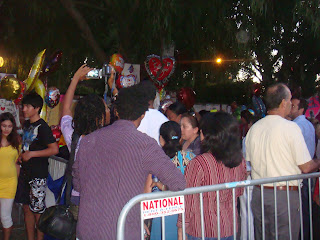 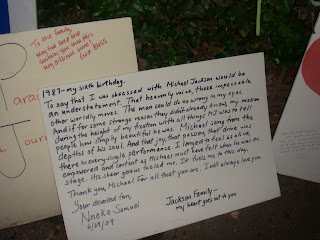 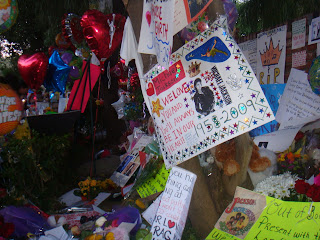 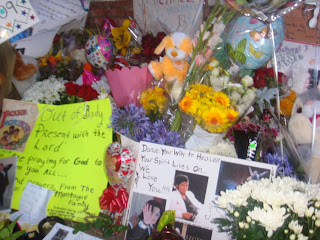 I couldn’t believe how passionate the people gathering there were – some of them in still in awe and shock. I met a couple of people who were visiting the site for the second or third site…it was incredible to see the emotion in their faces. When you’re in South Africa it can seem a little far removed but being here, seeing the things people are feeling, it seems as if it truly is bigger than I thought. People were singing his songs and dancing and sharing their memories.

And quite a few of them stayed until past midnight. The policemen standing guard said this is how it’s been for the whole week. 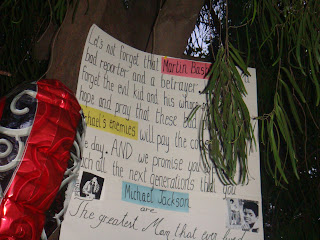 An angry poster about the Martin Bashir doccie that spurred the child molestation allegations. 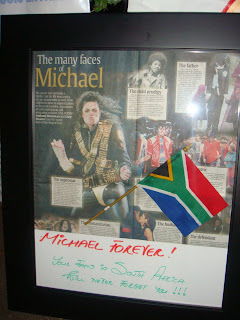 There were tributes from all over the world – even South Africa.