Miss N
Itâ€™s the second anniversary of Lebo Mathosaâ€™s death tomorrow. Itâ€™s funny how life reminds you of these things in the subtlest of ways. I know itâ€™s this time of the year, in October, but in the day-to-day running of life, I had forgotten the exact date. But today I drove passed a wall that had a painted picture of Lebo on it for an advert of sorts, or something, I couldnâ€™t quite make out. And I remembered. 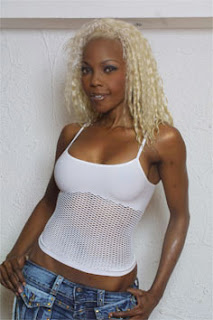 Itâ€™s not that Iâ€™ve forgotten her. Or the music she made. Most of the shows and concerts I go to I wish I could see Lebo on the bill again â€“ doing what she did oh so well. Her songs were catchy and her dance routines were always well-rehearsed, energetic and vibrant. I often joked with my friends that I wanted to be a Lebo dancer, and become one of her back-ups. Very few in the South African music industry have come close to matching that kind of stage performance; that kind of magic she produced.
She was only 29 years old when the driver of her car lost control and hit a tree. On the day I found out about her death, I had been doing the radio news thing for about ten months and was getting used to having to urgent phonecalls turn into developing stories â€“ good and bad. It was a Monday, my day off, and I got a call around 6am, saying the station had word that a local singer had been killed in a car crash and the suspicion was that it was Lebo. I had to call some industry friends to confirm it â€“ most werenâ€™t even awake yet, and hadnâ€™t heard. I felt so terrible being the one to possibly break the news.
When the confirmation came through, I just went into overdrive â€“ writing and recording an obituary detailing her achievements and getting friends and fans to comment. I remember writing the words over and over for new bulletins â€“ the reality not quite sinking in. The thing is, if I had stopped to think I wouldnâ€™t have been able to continue. And I wanted to be the one who would try distill Leboâ€™s legacy into words (as much as was possible in a short newsclip).
I had come to know Lebo in my own way. Aside from interviewing her a number of times, I had danced with her at parties, giggled with her when we were both out and about; and chatted about cute boys. Just a few weeks before the news, I had been interviewing her at a fun day at the Tapologo Aids Hospice in Rustenburg when she broke down and told me how sad she was for the babies with HIV/Aids living there. But she pulled herself together and entertained the older children, dancing with paint on her clothes and her face. Itâ€™s a memory of the Lebo I knew and the legacy she left behind.
Itâ€™s a legacy that lives on, and not just in the songs that I stillÂ sing at the top of my lungs during traffic â€“ providing amusement for taxis swerving past. I should probably admit that I had been speeding passed that painting of Lebo, rushing off to a story, and perhaps this was her way of telling me to slow down?