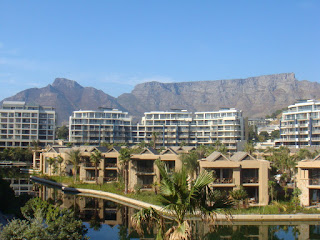 It seems Miss Ntertainment needed a few days to come down from all the excitement and mad rush of the past few days – tee hee!

The A-list-celeb-filled opening of Sol Kerzner’s One & Only hotel…the CT International Jazz Festival…not to mention spending some time on the set of The Bang Bang Club film in Jozi just before jetting off to the Mother City.

Ever since Sol Kerzner opened his lavish Atlantis resort in Dubai, this was the next big party on the hotel tycoon’s calendar. So after an early morning flight, I arrived in my second home, Cape Town. But it felt a little different…for one thing, being whisked off in a car to the hotel with my Chanels perched comfortably on my face made me feel like one of the A-list stars I was expecting to see at the bash later.

Of course my aspirations of stardom quickly disappeared upon arrival, as I tried to make sense of all the buzz so that I could put together some news reports for the afternoon bulletins. I found a great angle when I heard Madiba was arriving. He is of course, the A-list of A-listers ;-) 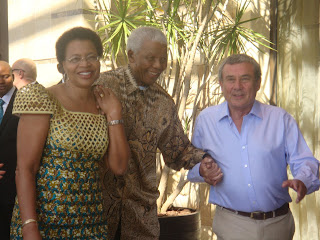 When he got out the car and greeted Sol, he said:

“I am looking for a job and heard you could help.” 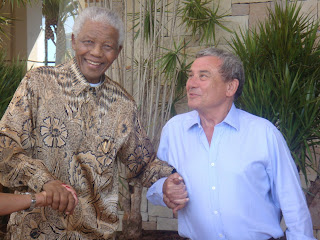 By now you’ll have known what went down but I still wanted to catch up on what happened after the soundbites and photoshots.

As the night started to really get swinging, all the artists and A-listers moved to the venue down the stairs and towards the back of the hotel. There, the space became an intimate jazz club. I remember everything that happened that night through the tweets I posted:

where did the cute eastwood son go?
7:46 PM Apr 2nd from mobile web

felicia mabuza suttle singing along to no woman no cry
7:49 PM Apr 2nd from mobile web

morgan freeman is in the house!
7:54 PM Apr 2nd from mobile web

patti austin is breaking it down
7:59 PM Apr 2nd from mobile web

I tried to take a video…it’s dark but you can hear Sharon Stone and Marisa Tomei responding to Bebe Winans’ call of “Are you ready? Will upload asap!