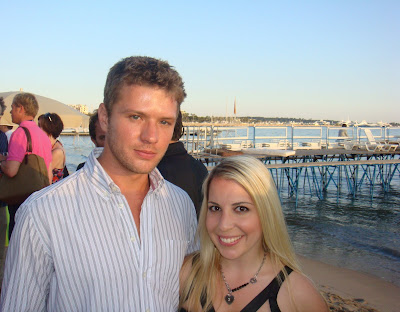 Well, well, well! Just as I predicted, a busy weekend.

It’s a good thing I learnt early on to carry my slip-slops in my bag so I can run around the festival when I need to!
There’s been a lot of buzz around the film ‘Precious’, directed by Lee Daniels (Monster’s Ball), that’s here in , looking for distributors. It’s a very harrowing but hopeful story of a young girl who’s grown up in and is sent to an alternative school. The film is produced by Oprah and Tyler Perry and Mariah Carey and Lenny Kravitz both make appearances. Well, more than just appearances actually. Mariah plays a social worker and she’s actually pretty good. I’m sure many people were skeptical after ‘Glitter’, but Mariah showed she can act. In fact, I actually didn’t even recognize her when she came on screen – no make-up, hair dyed dark black and no skin showing. Not at all the Mimi we know! The actress who plays the lead role is a young first-timer named Gabby Sidibe. She’s from but with a surname like that I have been wondering if she is not South African somewhere along the line. Mo’nique and Paula Patton are also the film. Paula is so fabulous – beautiful, funny, warm and plus she’s married to Robin Thicke. 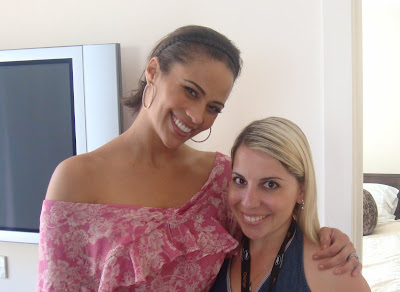 The Bang Bang Club cast was also in town this weekend – fresh from wrapping the film earlier in the month. Ryan Phillipe was already spotted on Friday night walking the red carpet with his girlfriend Abbie Cornish for her movie ‘Bright Star’. It was great to see him and my other “co-star” Taylor Kitsch. Malin Ackerman brought along her Italian hubby Roberto, who is just so sweet. It’s also great that they were drumming up support for the film even though it hasn’t been finished yet. 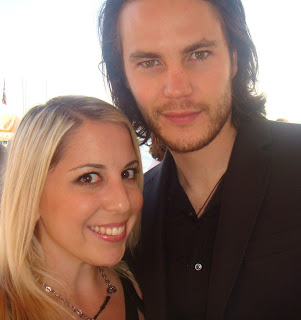 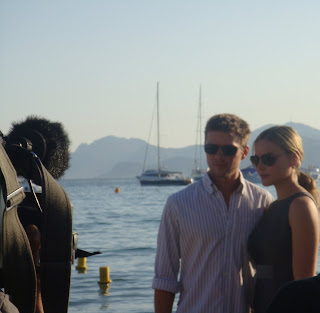 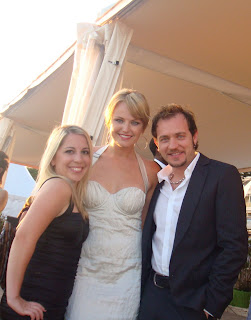 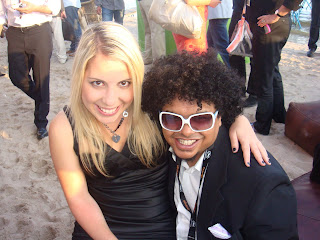 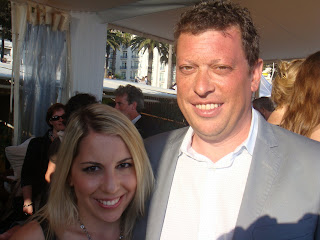 With producer Danny Iron, and above, director Steven Silver – the rest you know, right?

Another fabulous party happened last night – and who should show up? But of course, the Party Girl herself, Paris Hilton. She said she was in promoting “a documentary about me”. Hmmm. Peaches Geldof and Kristin Scott Thomas were there too – think I accidentally may have bumped the Oscar-winning actress while I was on the dance-floor. The very good-looking lead actor in Jane Campion’s Bright Star Ben Whishaw was there too – as was Jane’s 14-year-old daughter. Must be great to come with your Palme D’Or-winning mom to the fest and I imagine she gets treated to all the best parties. 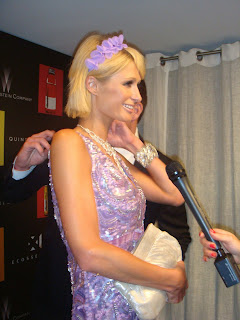 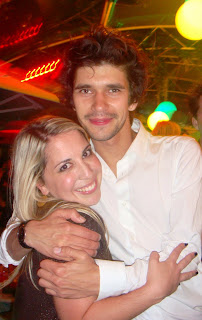 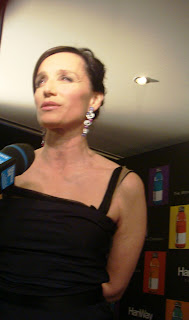 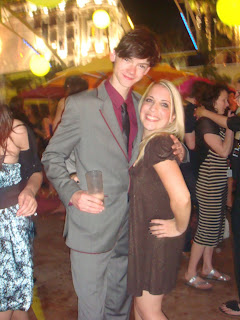 This young fella stars in Nowhere Boy and Bright Star, but I couldn’t place where I knew him from…then I realised it – he, Thomas Sangster, played Sam in Love, Actually. We loved him in that!