What a great press conference for Inglourious Basterds! 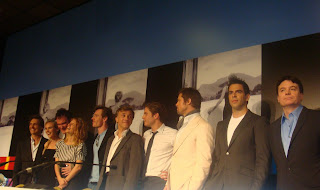 Cast of the movie 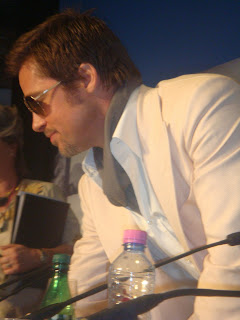 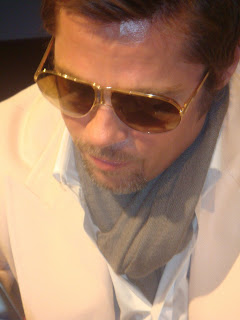 More Brad – this time closer up

Quentin Tarantino is just so lively and spirited and passionate about the films he makes. And he expresses it with these big gestures and hand movements. Very different to the straight-laced Lars von Trier who won’t say very much about what he does, or why he does it. Brad Pitt provided much banter with Tarantino – when Tarantino explained how much he wanted to work with Brad and the lengths he went to to realize this, Brad simply said, “he had me at hello.” There are snippets of the press con on the http://www.ewn.co.za/ website, under my feature. The film’s stars will walk the red carpet tonight – and of course everyone is waiting to catch a glimpse of Brad and Angie there together.

Last night I went to a cocktail party for New Moon, the next film in the Twilight series. We got to see never-before-seen footage from the film and it looks good so far. Still heart-tugging. But most importantly, I fulfilled many a young girl’s dream to stand next to Robert Pattinson and share a joke with him. 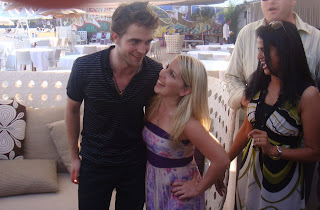 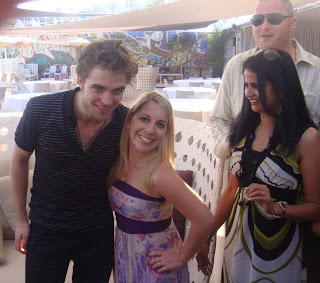 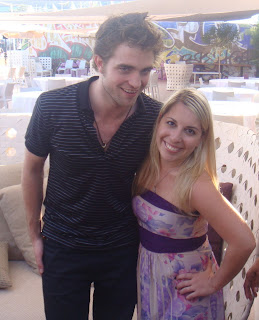 I picked up my accreditation for tomorrow night’s the big amfAR Aids benefit event. It’s hosted annually by Sharon Stone to raise money for HIV/Aids work and this year’s special guest is Bill Clinton and Annie Lennox will be performing. The rest of the guest list looks great – Oscar winner Marion Cotillard, Emile Hirsch, Elizabeth Hurley, Claudia Schiffer, 50 Cent and my personal favourite, singer Damien Rice. Looking very forward to that one!