How does it feel to be Michael Douglas? So went the question one such journalist asked at the press conference for Wall Street: Money Never Sleeps. All this time I have been working on coming up with what I thought were intelligent questions, but clearly, all it takes is a “how does it feel”. And the answer, Michael happily told us, is “happy.

“Who we are and how we feel depends on what’s going on at that moment. Right now I am happily married, with two young children and I am very proud of Wall Street: Money Never Sleeps.” But he added that his work as a United Nations ambassador made him very disappointed in the world. “As you look at the greed, the volcanic ash, the flooding, you know, the earth seems to be speaking.” 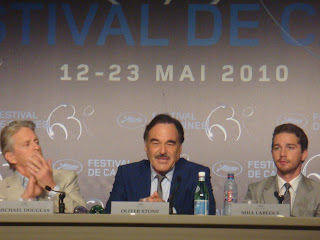 It was somewhat surreal to see the “real” Michael Douglas in the flesh, who gives an excellent performance reprising his role of Gordon Gekko. Shia LaBeouf (no matter how many times I write his name, I always feel like I am spelling it wrong!) wins me over in this film. I believe his desperation and his sincerity and naivety. I also think he’s very cute! He said he started investing on Wall Street to get into character and up his confidence in light of working with actors he calls the “All-Stars”. All stars indeed: Frank Langella, Josh Brolin, Eli Wallach, and of course Douglas. Carey Mulligan plays LaBeouf’s girlfriend (art imitating life) and is even more gorgeous in real life. She is the moral compass of the film. 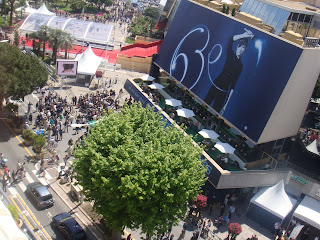 Then it was off to a rooftop interview with the director of Step Up 3D and a quick dash to the presentation of local films by the National Film and Video Foundation. Some interesting films coming up…as they say in the biz, watch this space! 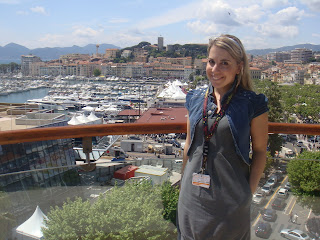