The first official day of the Cannes Film Festival â€“ and already thereâ€™s a nice buzz around this yearâ€™s fest. Thereâ€™s a lot of talk about the impact the global financial crisis will have on the festival, and everyone you talk to has a different opinion. Most dreadful of all, is that the annual Vanity Fair party has been cancelled! That in itself is a huge sign that all is not well in Hollywoodland. But my sources tell me there is another party being planned in its place â€“ a little more intimate and a whole lot more exclusiveâ€¦

To try keep some of the festival shine and excitement, the organizers opted for something a little different in their choice of opening film â€“ the 3D animated Pixar/Disney flick, Up, about an old man who flies away from his home with the aid of some balloons. So all throughout Cannes there were these multi-coloured bunches of balloons to promote the film.

The only major celeb sighting was the soon-to-be-former Mrs Sean Penn, aka Robin Wright Penn, who is on this yearâ€™s jury. We are introduced to this is the esteemed group of actors and directors that will decide which film will win the prestigious main prize at the end of the festival â€“ the Palme Dâ€™Or. I wonder what Robin is feeling, knowing that this time last year she was accompanying her husband in Cannes while he was the president of the jury and reportedly cozying up to fellow jury member Natalie Portman. 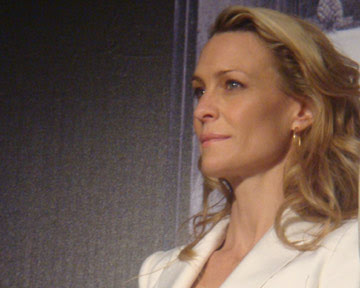 So there may have been only one celeb sighting today but I now have a better idea about more potential celeb spottings. Word is, Mariah Carey is in town, promoting the film she is currently in. So clearly, Glitter wasnâ€™t enough. Oh, and Lenny Kravitz apparently stars alongside her. And get this; the film is produced by Tyler Perry and Oprah. Just have to find out more about that one! Jim Careyâ€™s also going to be in town for his new movie â€“ a Disney 3D special called A Christmas Carol. And much more to come! 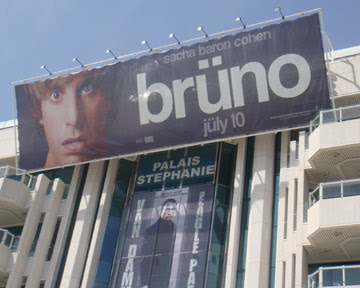 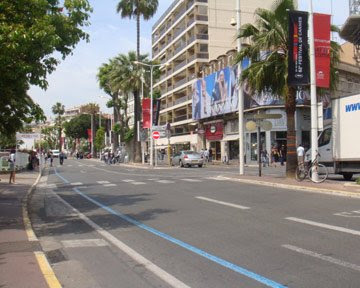 Calm before the storm – Cannes the day before festival… 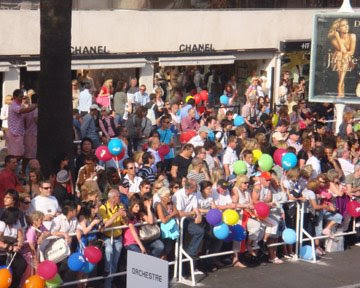 Cannes when the filmgoers have arrived. Spot Charlize! 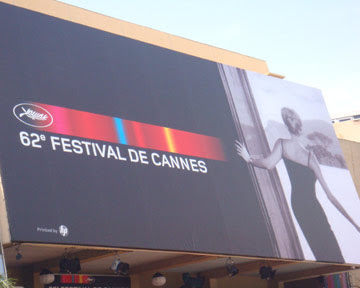 This yearâ€™s Cannes Film Festival poster – what is she looking at?