There is so much happening and on the go here, that it really is impossible to keep up! Today the buzz is all about Pedro Almodovar’s latest offering, Broken Embraces. It stars the young lass he helped make famous, Penelope Cruz. She was in Cannes last year for Vicky Cristina Barcelona so I’ve already seen her beauty in the flesh before, but she is still one gorgeous lady. It helps that she wears gorgeous outfits too! Penelope says she’s been honoured to work with both Almodovar and Woody Allen whom she worked with last year. 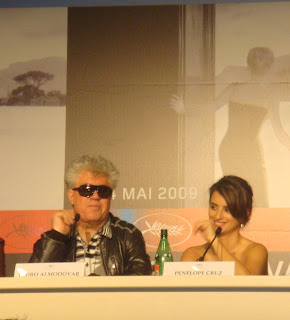 I took part in a radio interview with Radio France International, which brought together some interesting people. Met a young lady from Kenya who is doing some amazing things to get her film to the people. One way is to show a shorter version of it in taxis. I will be chatting to her again to get the full story for Eyewitness News. 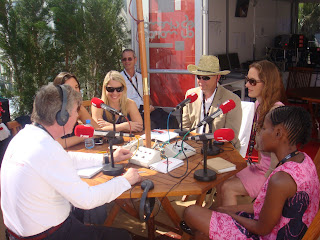 I also managed to dash off in time to catch a press conference with legendary director Martin Scorsese about his efforts to restore old films. I asked him about his thoughts on tackling piracy in this day and age and he was busy answering when his business partner steered him away from the question into another topic altogether â€“ but at least I got a question in there before the time was up. Someone tried to ask him about the hush-hush movie he’s doing about Frank Sinatra’s life, but he would not answer that question and steered himself back onto the topic. 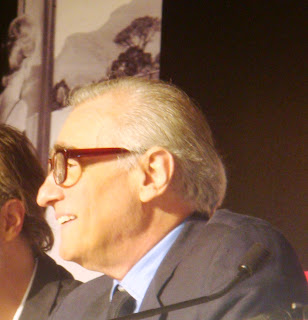 Yesterday Jim Carrey and Colin Firth were promoting their new film ‘A Christmas Carol’, which is going to be in 3D. There was snow outside the Carlton and a horse drawn carriage! The interviews for that have to be bought by the distributors who are showing the film in the different countries so I couldn’t ask Mr Carrey, which of the ghosts of Christmas past he enjoyed playing the most. 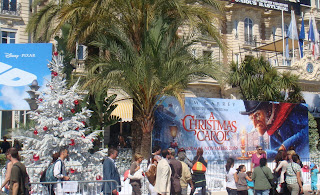 Last night the National Film and Video Foundation hosted a showcase of some of the great movie projects that are on the go here in Cannes (link). The offerings sound really great. Read more about them in the EWN report I filed. I am really looking forward to seeing the animated features â€“ one of them has the voice of Freshlyground lead singer Zolani Mahola. Also, the movie based on the hit book Spud that is in the pipeline looks very promising, especially since a big name British actor just perfect for one of the parts has signed on to be in it. Wish I could tell you who but it is a secret! 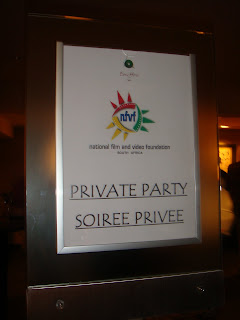