Miss N
What a night! I went to the annual amfAR charity event where they raise money for Aids research. When I say ‘they’, I mean Sharon Stone and her celebrity buddies. But for one moment, just forget the celebs and take a look at this view: 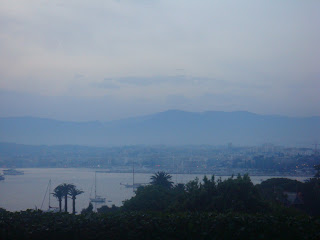 And that doesnâ€™t even do it justice. I feel incredibly lucky to call this the office for my job last night. Hotel Du Cap where the black-tie dinner and auction took place is one of the most exclusive spots in this part of the world. The celebs head out there when they want to stay away from prying eyes. But last night it was the venue for the annual amfAR charity event â€“ hosted by Sharon Stone, to raise funds to HIV/Aids research. The special guest last night was former pres Bill Clinton but he didnâ€™t walk the red carpet â€“ which was actually black. I think itâ€™s because his security must have been really tight.

However, these stars and more did walk the walkâ€¦ 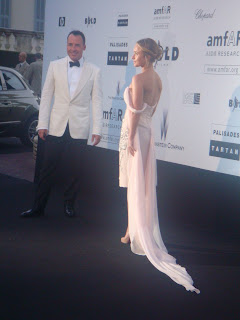 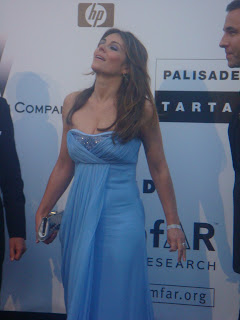 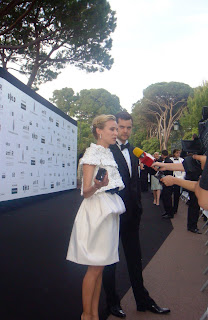 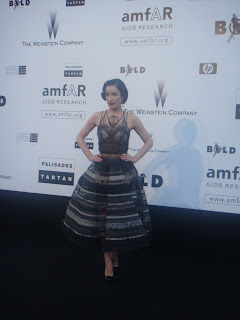 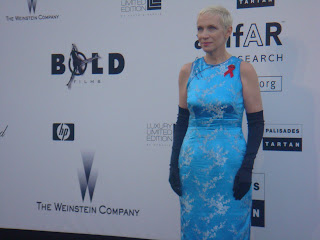 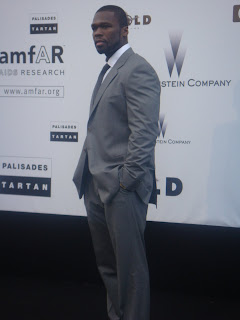 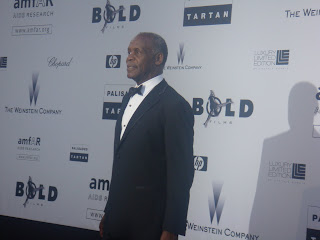 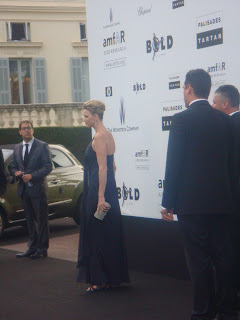 Local gal Charlene Wittstock – who walked away even while I was calling her saying I was from SA, not cool.


I could not believe the shouts and screams that came from the paparazzi to get the celebs to pose in certain ways. These celebs must learn pretty quickly to drown it out because it can get very scary â€“ each one shouting at you to look in his or her direction (yes, the female photographers can be just as rough!)

Oh, and must mention what a sweetie Mike Myers is. With radio itâ€™s usually quite a tough job to get any of the people walking by to talk to you because they mostly go to TV and then straight to the photographers. But as I was trying to lean over while Mike was doing a TV interview so I could get some sound, he grabbed my mic and put it right up to his face so I could get him loud and clear. Finally, a celeb who actually helps me do my job â€“ haha! 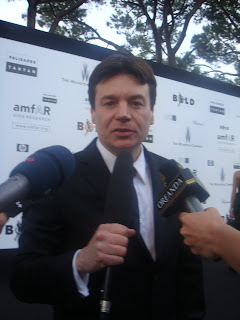 I have been really impressed with the South African films that are being shopped around here. ‘And There in the Dust’ is a short stop-frame animated film looking to become a feature. It’s based on the play ‘Tshepang’, which deals with the unspeakable act of child abuse. The director and producer are here in Cannes because the French Institute of the French Embassy saw the potential and selected the film to take part in Cinema Du Monde, which is the World Cinema section at the International Village. There’s also two more traditional animated films in the pipeline that look splendid. One even features the voice of Freshlyground’s Zolani Mahola. It seems comedian/actor Joey Rasdien has also been mingling with the right people here in Cannes; so much so that he wants to be walking the red carpet next year for a film he’s in… 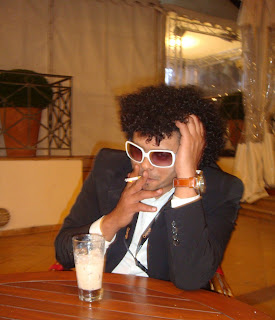 Joey Rasdien contemplates his next move, with some Amarula by his side.

Today, after an interview with the passionate Quentin Tarantino, I met Damien Rice, my favourite singer. He did the soundtrack to the movie â€˜Closerâ€™, among other things, and is dating French actress Melanie Laurent who is in Tarantinoâ€™s movie. Now you must understand something: we all have that person in life we are just dying to meet. He is my person. And so, my knees were shaking and my feet could hardly walk on over to him, that’s how nervous I was! Damien told me he doesnâ€™t like taking photos because the music doesnâ€™t really come from him so he likes to remain low-key. Or something along those lines. He did give me a hug though and I told him he should come perform in SA for his fans there. At least he knows he has one crazy one there, haha!

Straight after that I bumped into Joshua Jackson – who is just ten times more gorgeous in real life. Something tells me I may suffer from withdrawals when I am back home and not bumping into stars all over the place… 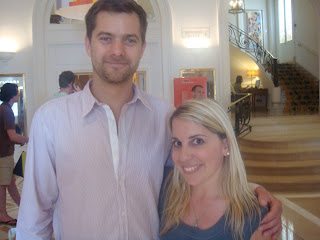 Oh, and for more of my Cannes stories filed for Eyewitness News, click here.