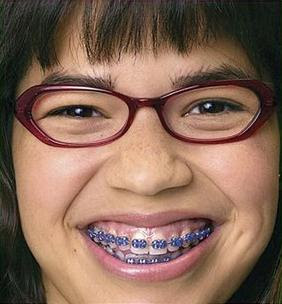 One day I got an sms from my brother once to say he was catching up on the Ugly Betty DVD series and that I reminded him of Betty.
“Chubby and ditzy?” I thought. Thanks, Matt.
“No”, he replied, “her determination and never-give-up attitude”.
Ah, sweet redeeming sms.
I, like my brother and many other fans, will be sad to see the last episode of Ugly Betty, which has just been filming in London. Apparently the show moved from Thursdays to Friday nights in the States and that knocked its ratings. I will miss the show because:
– The character of Justin Suarez played by Marc Indelicato is just faaaabulous! His rendition of the opening number from Hairspray on the subway was hilarious. But he’s not just funny; the way he handed over the Homecoming crown to his mom was touching. Plus the gay teenager storyline is interesting to see (and I believe it’s going to get even more so…) 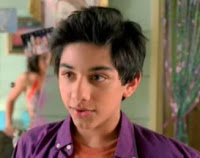 – the play between Marc (Michael Urie) and Amanda (Becki Newton) is this century’s Jack and Karen from Will&Grace, and they keep it going off camera on their regular podcasts. Marc: “It’ll be like Britney shaving her head all over again!”
Amanda: “Ohh, that was fun…But then it got sad…
Marc: “Yeah, but then it got fun again!”

– In the first season, when the show won at the Golden Globes, our very own Capetonian Stelio Savante played a hitman

– It was on Ugly Betty that I saw snippets of the Broadway musical Wicked and that made me make it the first show I saw on Broadway at the Gershwin Theatre. 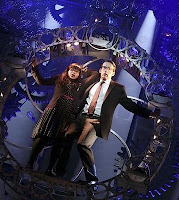 – I just love Betty: following her ups and downs and her improving (if only slightly) wardrobe. And how she still managed to get the guy (most of the time!) But perhaps the show really has run its course?