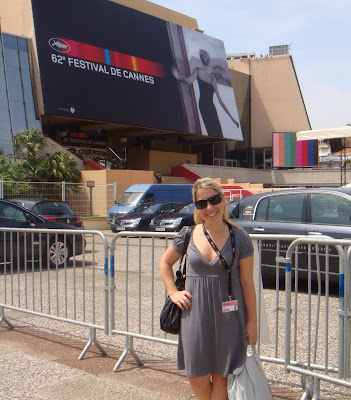 Back in the South of France again and it feels great!
It’s now down to the wire – the 62nd Cannes Film Festival kicks off tomorrow.
So, just what am I looking forward to most…?

* The possibility of meeting Jeffrey Dean Morgan, aka Denny from Greyâ€™s, also known as cute Irish man in PS I Love You and most recently seen in Watchmen. Jeffrey is teaming up with his PS I Love You co-star, two-time Oscar-winning Hilary Swank for a new movie, which as far as I can understand is about a woman who moves into an apartment without knowing who lived there before – a thriller of sorts. Theyâ€™re selling the film at Cannes, before it goes into production. I would buy it straight away â€“ of course for the stellar acting abilities of Ms Swank, but more importantly, so I can see Denny again. Alive.

* The Cannes sighting of the Jolie-Pitts â€“ always a star attraction. Last year, on my last day, the It Couple caused quite the stir when a then-pregnant Angelina decided to take her beau and youngest one shopping for baby clothes. Within ten minutes a huge crowd had gathered outside the tiny little baby boutique called Bonpoint, blocking the exit. It was quite funny to see, until I realized I was one of the masses who had my face squashed up against the glass window â€“ just to see which kind of baby bootie Angie picked out. 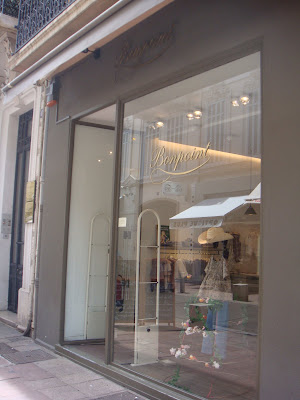 * Meeting Robert Pattinson – not only is he gorgeous, but he is a singer too. Rob contributed to the soundtrack of the hugely successful first Twilight movie. He’s giving Cannes audiences a sneak peak at the newest installment of the hit series â€“ this oneâ€™s called New Moon. Wonder if heâ€™s crooning any songs for this film too?

* Spotting some of the worldâ€™s best directors: Jane Campion, Pedro Almodovar, Quentin Tarantino, Lars Von Trier, et al. The festival has concentrated on premiering some new material from top auteur directors to help keep some of the eventâ€™s prestige. 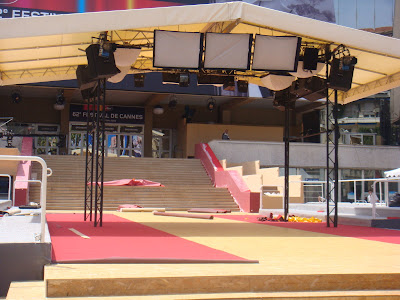 The calm before the storm – the Red Carpet sans celebs…

* Hanging out with my â€œco-starsâ€ from the Bang Bang Club. Iâ€™m told Ryan Phillipe, Taylor Kitsch and Malin Ackerman are going to be in Cannes, hyping up the movie as it goes into post-production, before its release around September. I played a journalist (a stretch, I know) in a scene where Taylor, who plays Kevin Carter, has just won his Pulitzer Prize. Memorable, I tell you! Co-incidentally, Ryanâ€™s girlfriend, Abbie Cornish (who spent much time with him while he was filming in SA) also has a film at Cannes. Itâ€™s called Bright Star and is directed by Jane Campion, about the love affair poet Keats had.
* Interviewing Quentin Tarantino â€“ the man is a legend, and he holds a special memory in my first Cannes. Mostly because comedian Kagiso Lediga, who had been in Cannes promoting the local film Bunny Chow, had provoked him with some contentious remarks. It ended well, though, as the producer of Bunny Chow managed to calm Tarantino down with an expensive bottle of champers and a copy of the film on DVD.

* Being there as the National Film and Video Foundation celebrates its tenth
anniversary in Cannes. What better time than now to ask: just how much has the foundation done to help South African filmmakers? There has been talk that some of the most recently successful films to be made in SA have had very little, if any, funding from the NFVF â€“ why?
* The anything-can-happen vibe – truly anything can and does. One minute youâ€™re drinking French Champagne, the next Jean Claude van Damme is playing with your hair. Or you find yourself sitting down, catching your breath from dancing, right next to Ivana Trump. Or, if youâ€™re my actor friend Dave Kibuuka, you join a pack of photographers chasing Pamela Anderson down the promenade.
* Getting to know this yearâ€™s jury, whoâ€™ll be judging the best film for the Palme Dâ€™Or, the festivalâ€™s most prestigious prize. Last year, this yearâ€™s Best Actor winner Sean Penn, was the judge. This year, itâ€™s French actress Isabelle Huppert. Seanâ€™s wife Robin Wright Penn is on the panel this year…wonder if he may be along for the ride too? Wonder too, if those rumours about him and his co-juror from last year Natalie Portman are really trueâ€¦? 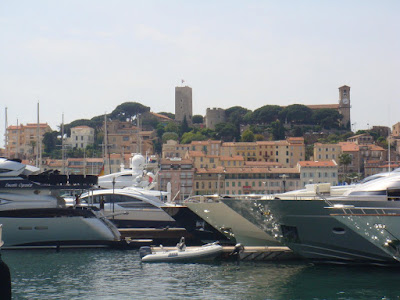