Miss N
Last night I made one last walk down the red carpet for the closing ceremony and last film screening. The jury, headed by French actress Isabelle Huppert, came out one by one and sat on stage. They handed out a number of prizes, including best male and female performance, which went to Christoph Waltz (Inglourious Basterds) and Charlotte Gainsbourgh (Antichrist) respectively. I was incredibly happy that Christoph was recognized for his role in Tarantinoâ€™s film because he has been the talk of the town as the show-stealer of the film. You have to see see him when the film releases later in the year.

Neither Inglourious Basterds nor Antichrist picked up the festivalâ€™s biggest prize, the Palme dâ€™Or. That went to Austrian director Michael Hanekeâ€™s pre-Nazi drama called The White Ribbon. I unfortunately didnâ€™t see that one. Thatâ€™s the problem â€“ it may be a film festival, but you are so busy running around that you donâ€™t necessarily get to see many films. 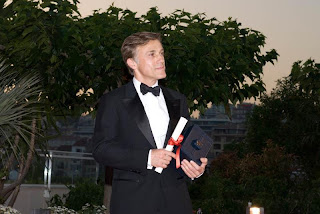 I went to the closing party which was held by Audi and featured a DJ set by Will.i.Am of the Black Eyed Peas. Apparently Kylie Minogue played at the club, called VIP Room, on Friday. Will is one talented guy â€“ not only does he perform musically, he can also act. His role in Gavin Hoodâ€™s X-Men Origins: Wolverine was fantastic. 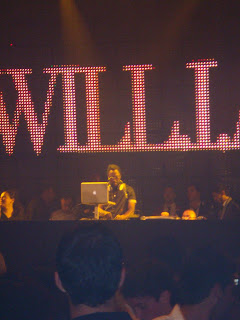 Over the course of the weekend the people that I had come to know here in Cannes made their way back to their home countries â€“ Croatia, Germany, the UK, the US and Sweden â€“ and others just headed back to Paris. To end, I think another classic image is requiredâ€¦ 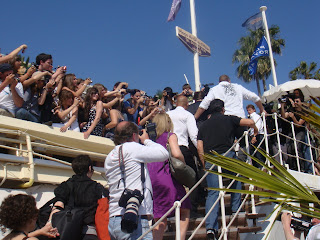 Only kidding â€“ this is the true classic image: , you beauty! 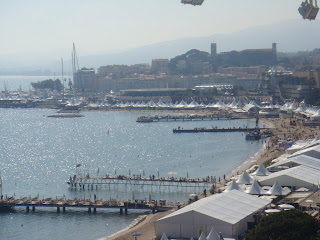