I used to say, “Forget the Oscars! If you want to spot some A-list celebs, then the Cannes Film Festival is the place to be.”
Well, now that I have been to the Oscars, I can say this will the conviction it truly deserves!
In Cannes, the celebs are in a concentrated area, and it’s easier to “bump” into them…of course it does help to know where to do said bumping! But that’s just one part about being at the festival that I love. The other part is seeing what the South Africans are up to.
This will be my fourth time covering the event â€“ thanks to the French Embassy and Samsung. The French Embassy has also made it possible for a number of up-and-coming filmmakers to attend the festival â€“ together with their ideas and projects, hopes and dreams.
As always, top directors will face off for the festivalâ€™s main prize â€“ the Palme Dâ€™Or. What’s more exciting this year, is that a film directed and produced by South Africans, called Life, Above All has been selected for the Un Certain Regard section, which is the festival’s World Cinema Showcase. The films in this section compete for the Prize Un Certain Regard. 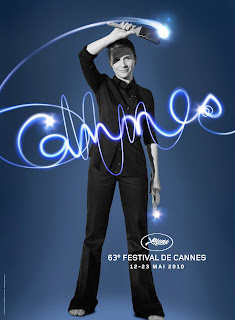 Just a little info to those new to the fest. It’s organized in various sections, which include:
Let the Cannes games begin!