Sharlto Copley is one of my favourite actors – not only because he made me both laugh and cry as Wikus van der Merwe in District 9 but because he’s such an entertaining, genuine kind-of guy. He just flew into LA today and I caught up with him at the Beverly Wilshire Hotel, where he told me he’s here to “cheer on his team”. The film is up for Best Picture against the two front-runners, The Hurt Locker and Avatar. Sharlto says it’s like rooting for Bafana Bafana even though the chances of them making it to the final are slim: “you still want to support your team!” 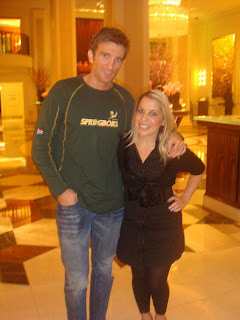