Last night the film Life Above All and its director Oliver Schmitz were honoured with the Prix Francois Chalais award here at Cannes. He wasn’t able to be at the ceremony, so producer Greig Butler accepted the statue. Francois Chalais was a French journalist who covered major stories of his time, including Vietnam. He was also the most prominent journalist covering the Cannes Film Festival when it first started 60 odd years ago. Chalais was friends with Hitchcock, Orson Welles, Bridget Bardot. He died from leukemia in 1996, and this award has been handed out in his honour for the past 14 years, to films that portray the world we live in, and issues of our time. 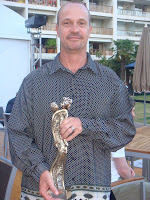 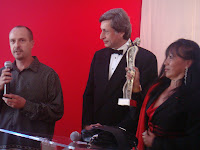 Unfortunately, the film did not win a prize in the Un Certain Regard section in which it was. But Greig said this award was great – and Oliver said in an interview earlier this week, just to have been selected was honour enough.

From awards to award-winning artists, Mary J Blige was in town and performed a few songs at the VIP Room (the spot to be when it comes to big names performing during the festival.) 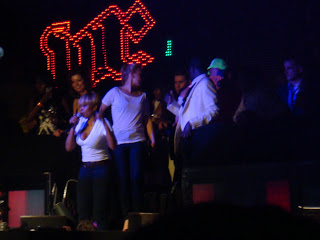 Lionel Richie, DJ Martin Solveig, Bob Sinclair, Pharrell Williams, Timbaland and La Roux are just some of the musicians that performed during this festival. Last year, I remember being upset that I missed out on seeing the petite one, Kylie, perform there. But this year made up for it! And we know where to go again next year!