I consider it to be the theatrical event of the year. Sir Ian McKellen – veteran of the stage and screen – is starring in a 2-week run of Waiting for Godot in Cape Town. It’s, unfortunately, only in the Mother City and not travelling to Joburg, so I came here for opening night this past weekend. A number of my fellow arts journos also made the trip – all to witness a true talent on the stage. 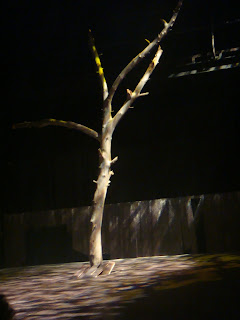 It was, as I had believed it would be, a trip worth making. Sir Ian McKellen’s performance is filled with nuances that breathe life into a character that is essentially waiting to die. Every cough, every clearing of the throat, every hobble onto or off of the stage has been thought out so that it becomes fluid and natural. He brings such comicality to the role of Estragon that lifts the production from what could otherwise be (and sometimes, I’m told, is) quite a sombre mood. 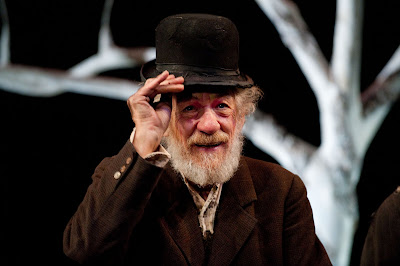 The show, directed by Sean Mathias, has been touring the UK and the West End, then Australia and New Zealand, and now South Africa. It will head out of the Fugard Theatre – a beautiful, historical, four-storey building in the heart of District 6 – to Khayelitsha on Monday evening, for a once-off special show. Sir Ian himself admitted he was somewhat nervous about this move, as it requires a changing of the set design so that it fits into a venue that was last used as a fan park during the World Cup. Acoustic issues aside, Sir Ian says he happy to be able to take the production to the people, in an area he established a relationship with years ago, when he first started to coming to South Africa in 1994.

I think it is an inspired move, one that will help ignite the spark of passion for acting in some youngsters who might otherwise have never had the opportunity to see this particular performance of Samuel Beckett’s classic. 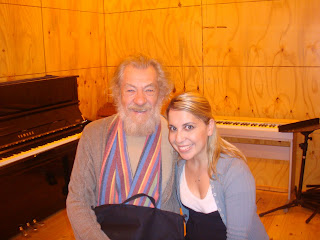